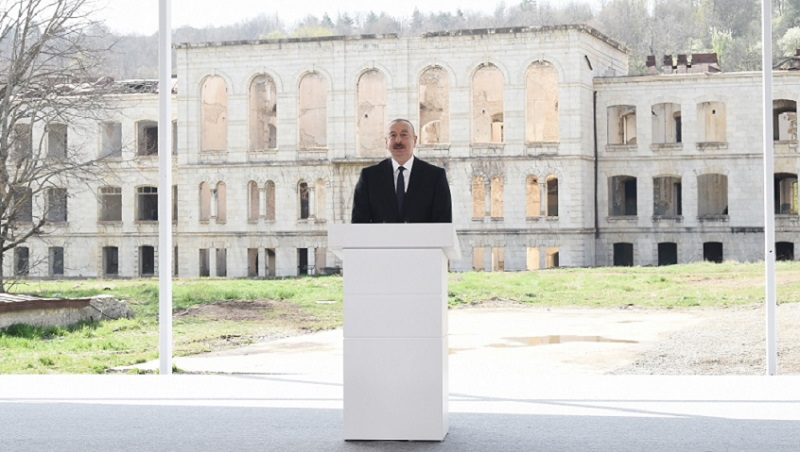 The people of Azerbaijan have demonstrated their strength instead of the 30-year-long meaningless negotiations, President Ilham Aliyev said on Friday.

He made the comments at the fifth Congress of World Azerbaijanis held in the city of Shusha, the cultural capital of Azerbaijan, News.Az reports.

Azerbaijan has managed to restore justice and international law, the head of state noted.

“We restored justice, restored international law. We proved to the whole world that we are a great nation, and the Azerbaijani people have never thought of reconciling with the occupation,” President Ilham Aliyev added.