Week in Photos: Forest fires in Turkey, Tunisia and Olympics 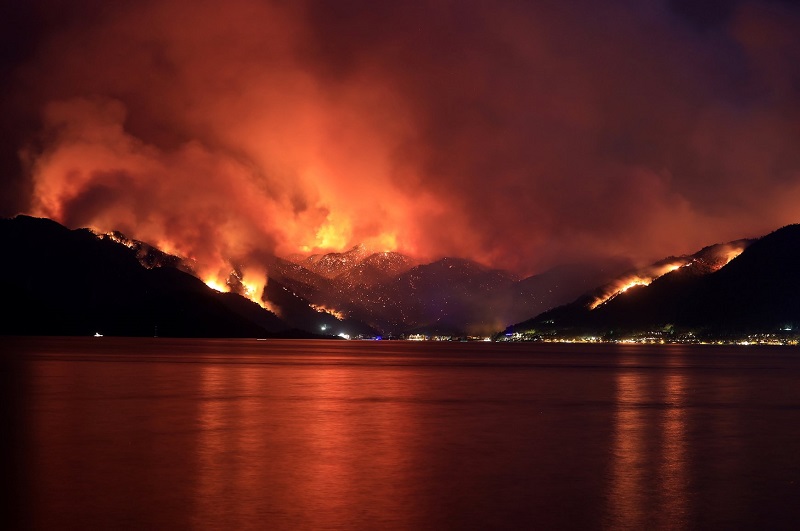 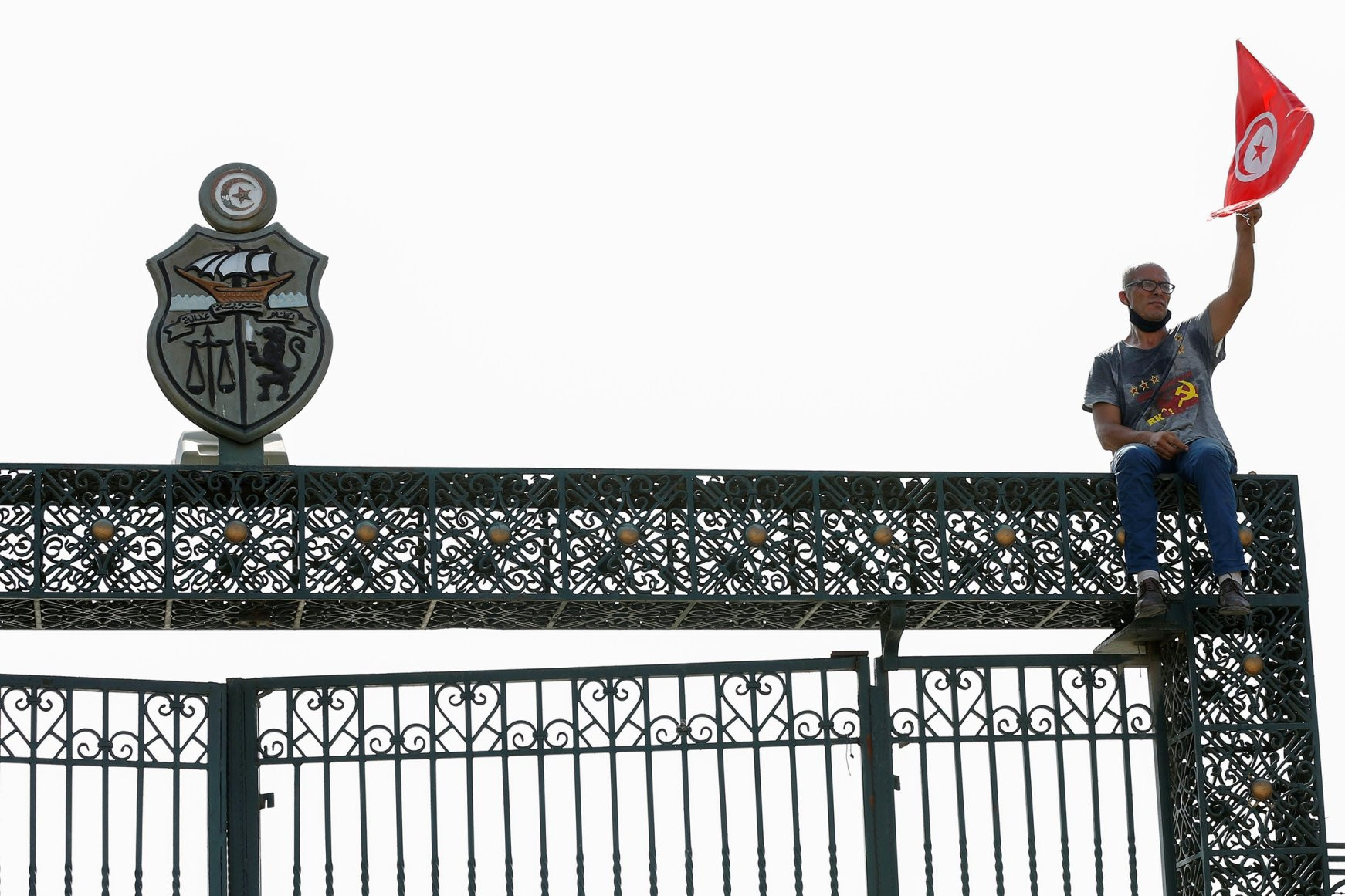 A supporter of Tunisia's biggest political party, the moderate Ennahda, holds a Tunisian flag as he sits atop the gate of the parliament building in Tunis, Tunisia, July 26, 2021 (REUTERS PHOTO) 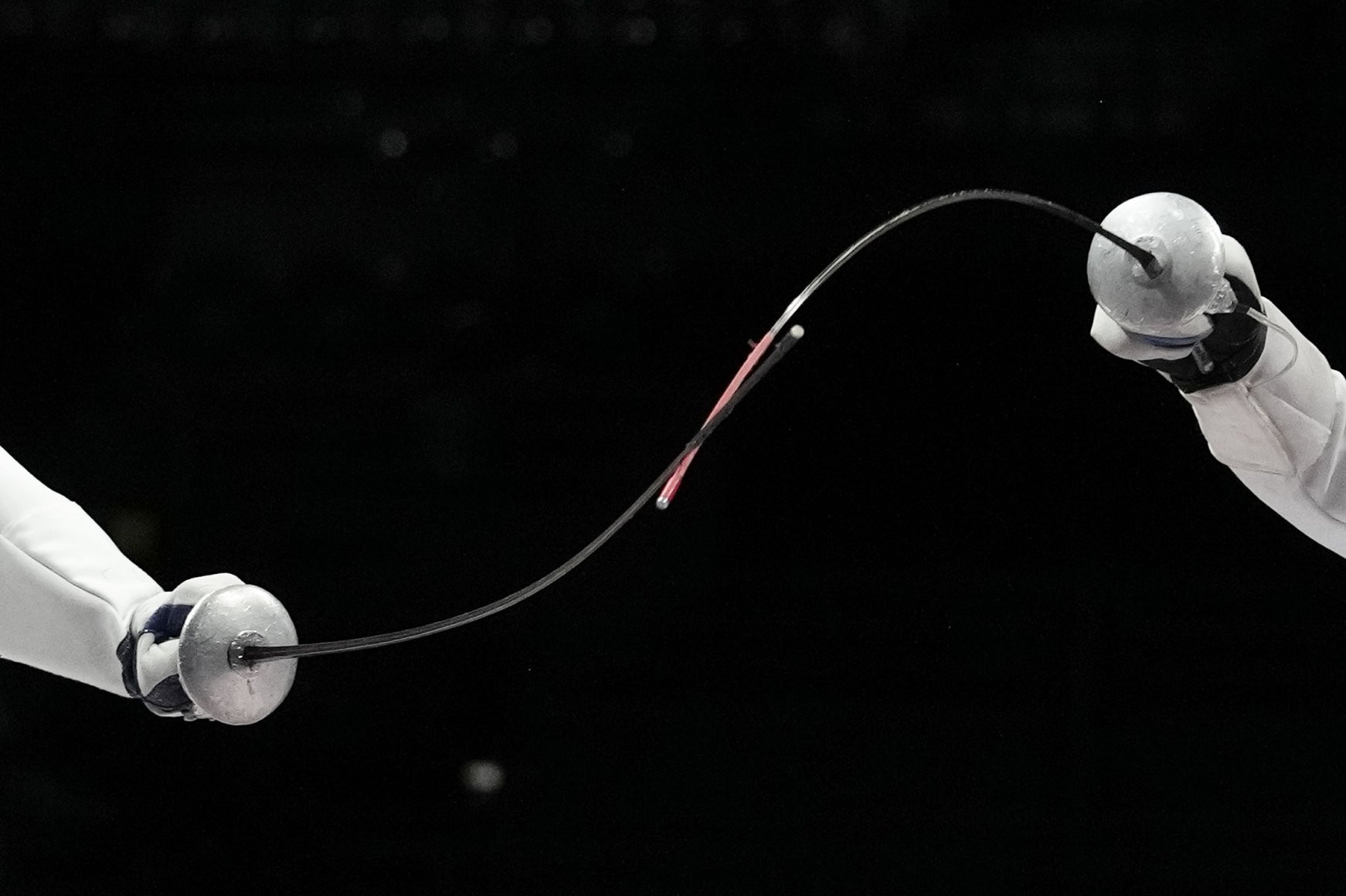 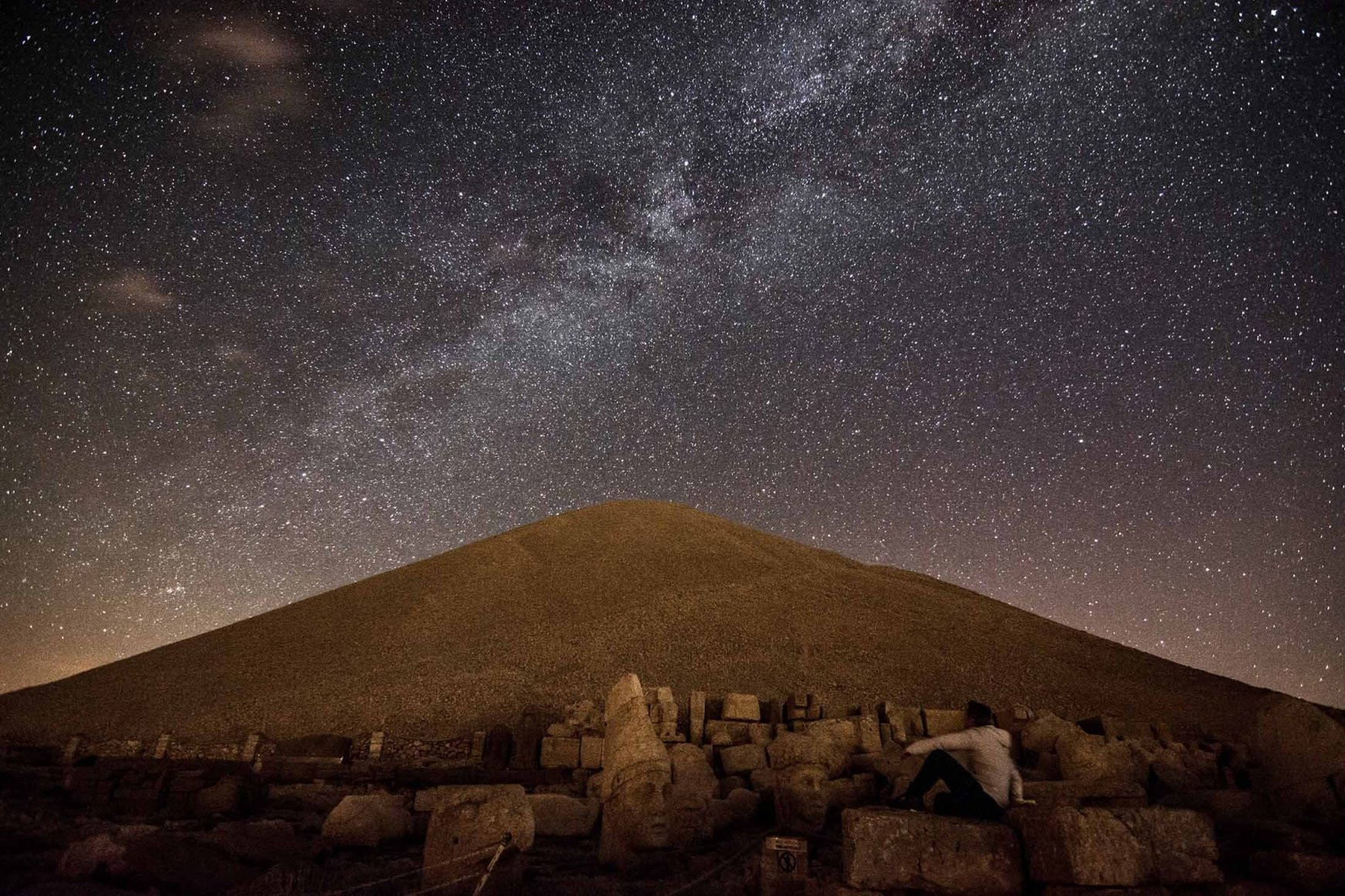 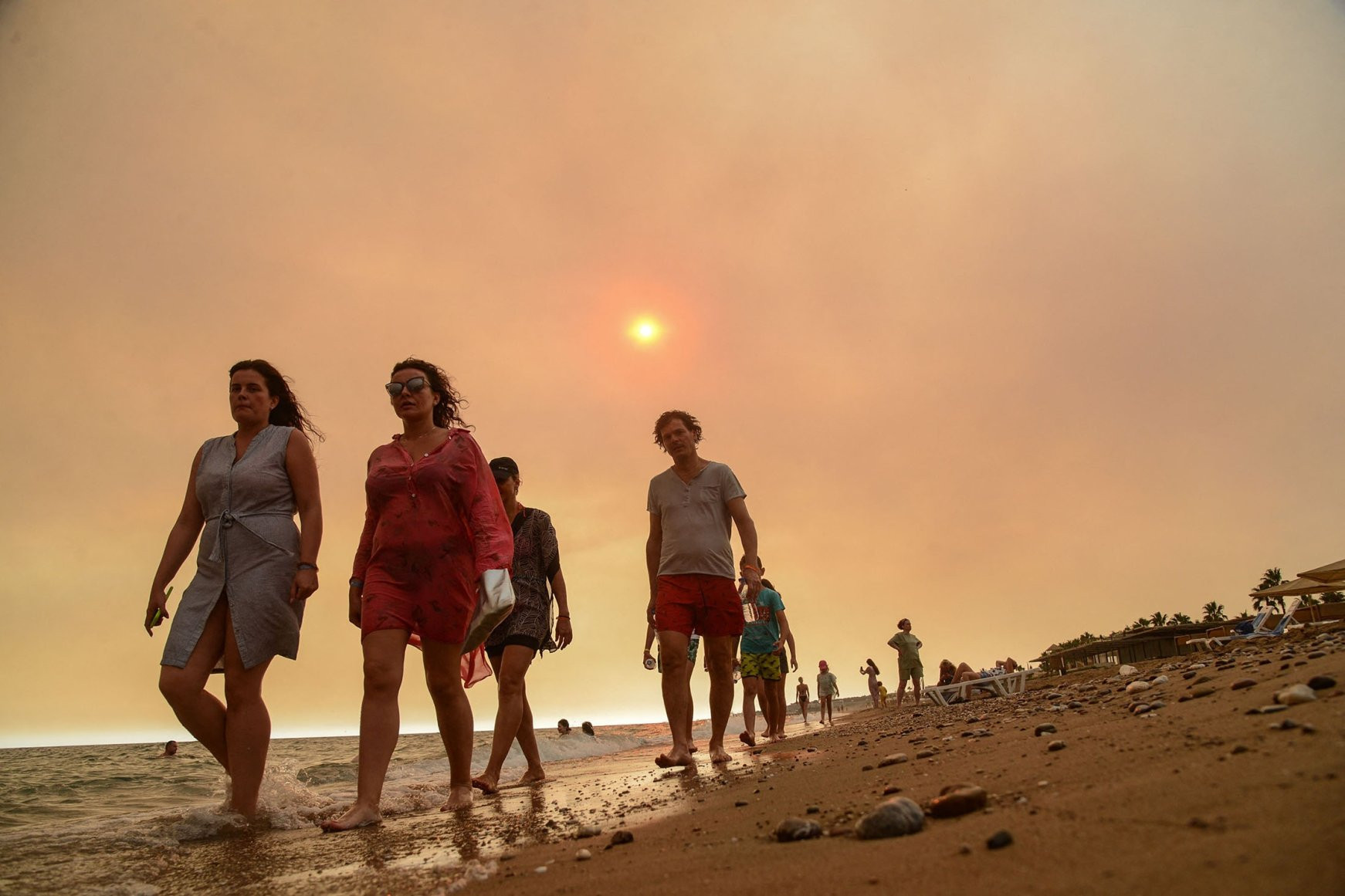 Tourists walk during a massive forest fire that engulfed a Mediterranean resort region on Turkey's southern coast near the town of Manavgat, July 29, 2021. (AFP PHOTO) 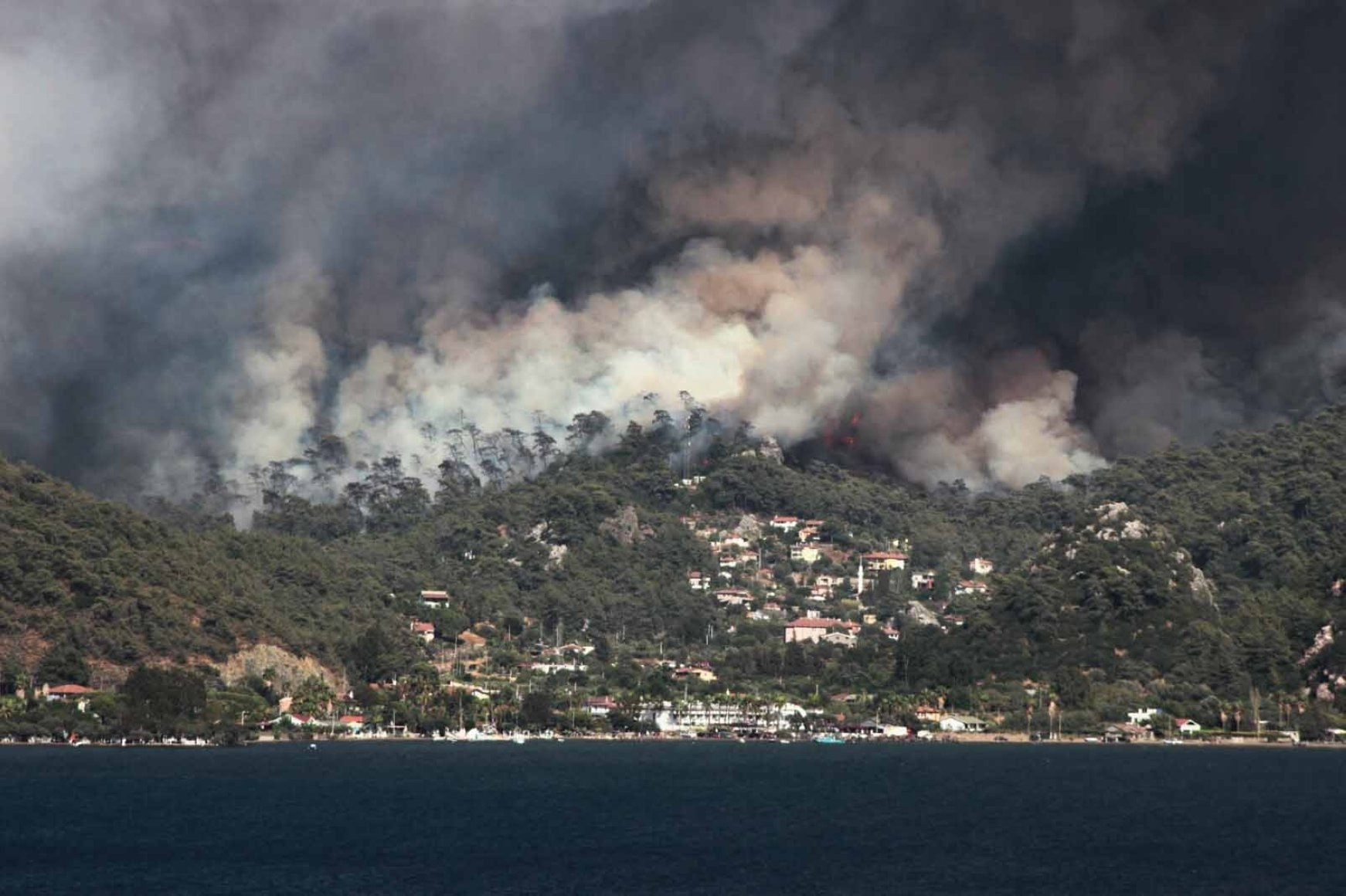 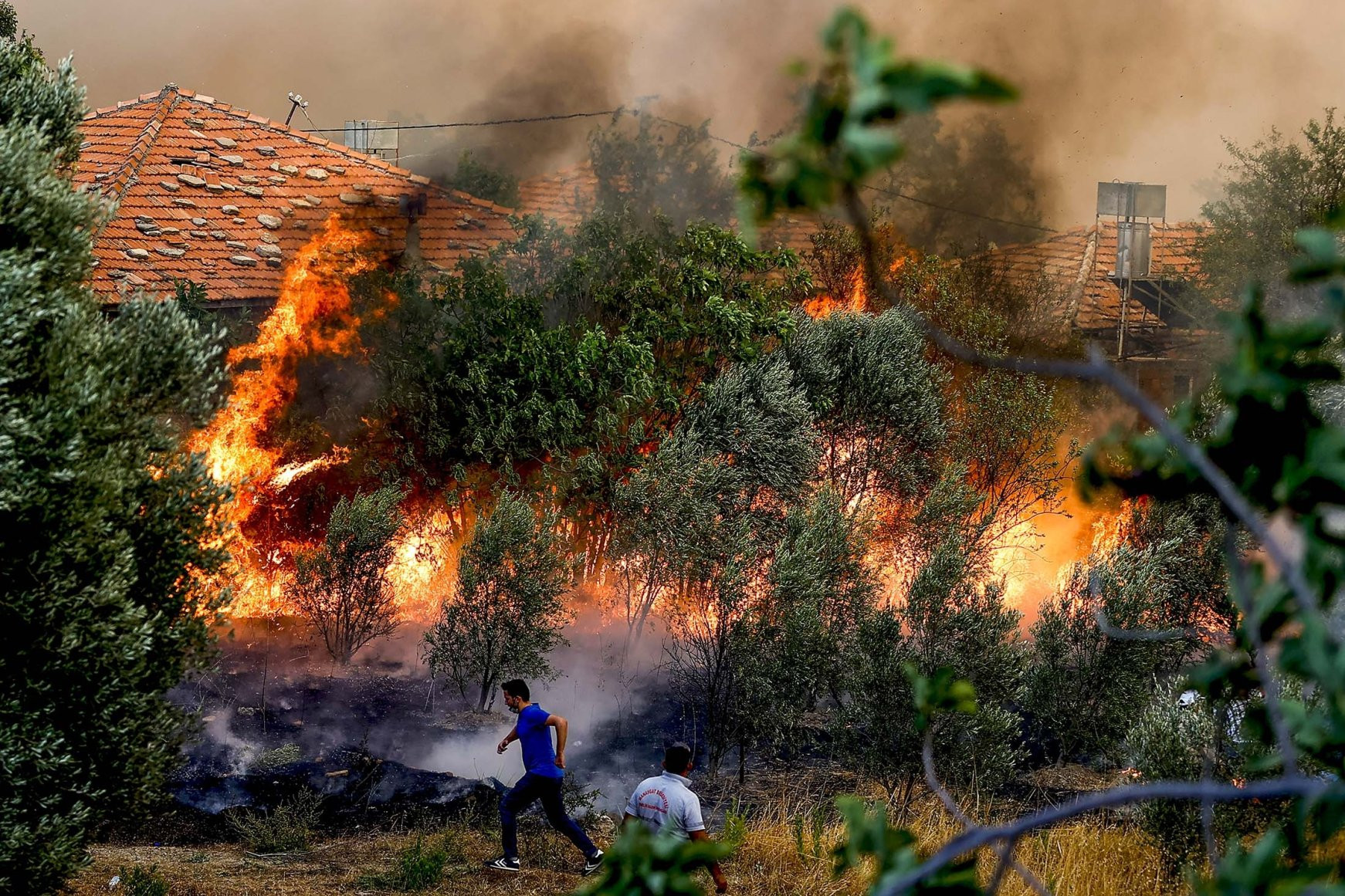 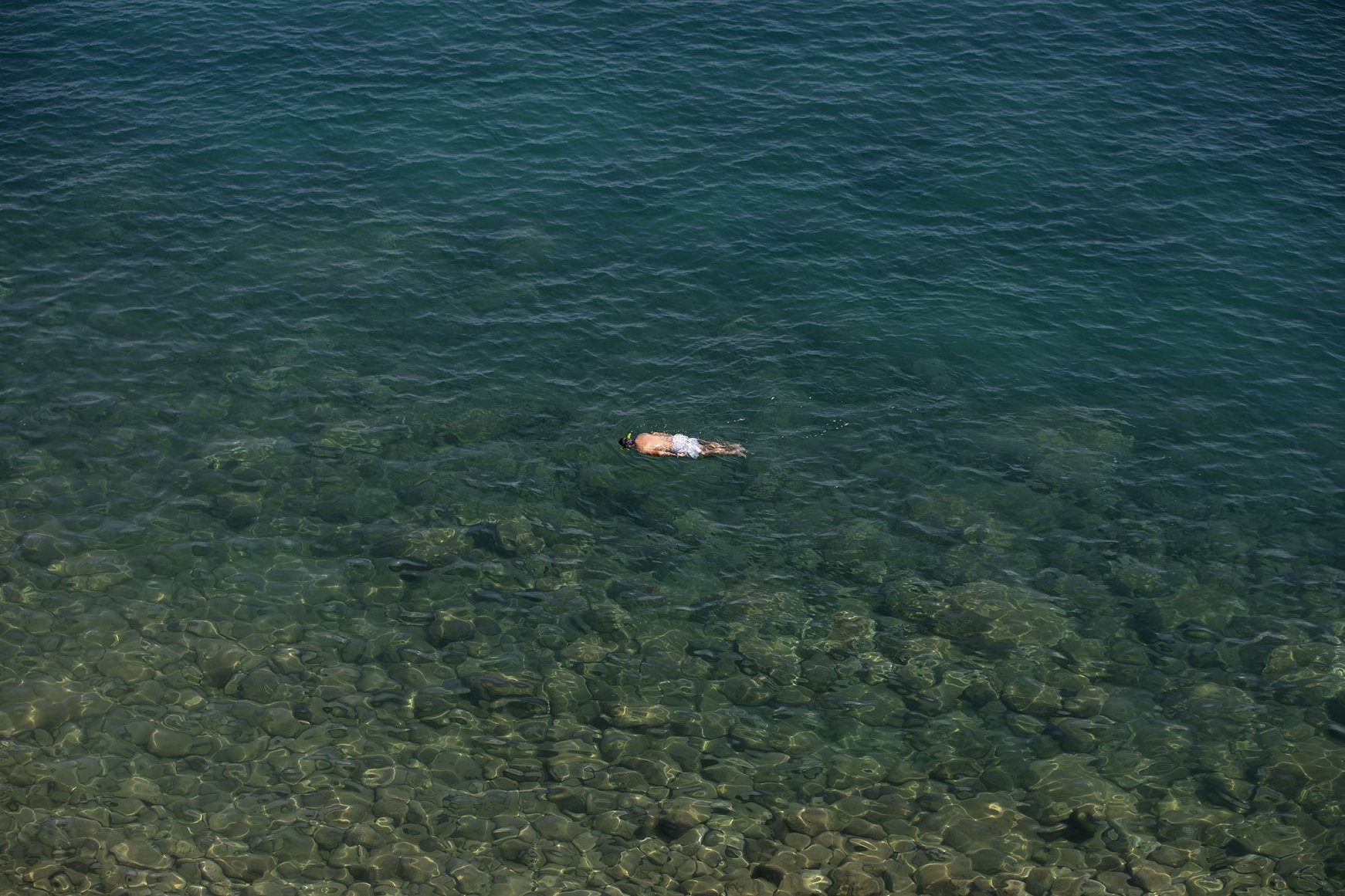 A man swims in the sea with a mask and snorkel at a beach off Vouliagmeni, southwest of Athens, Greece, July 30, 2021. (AP PHOTO) 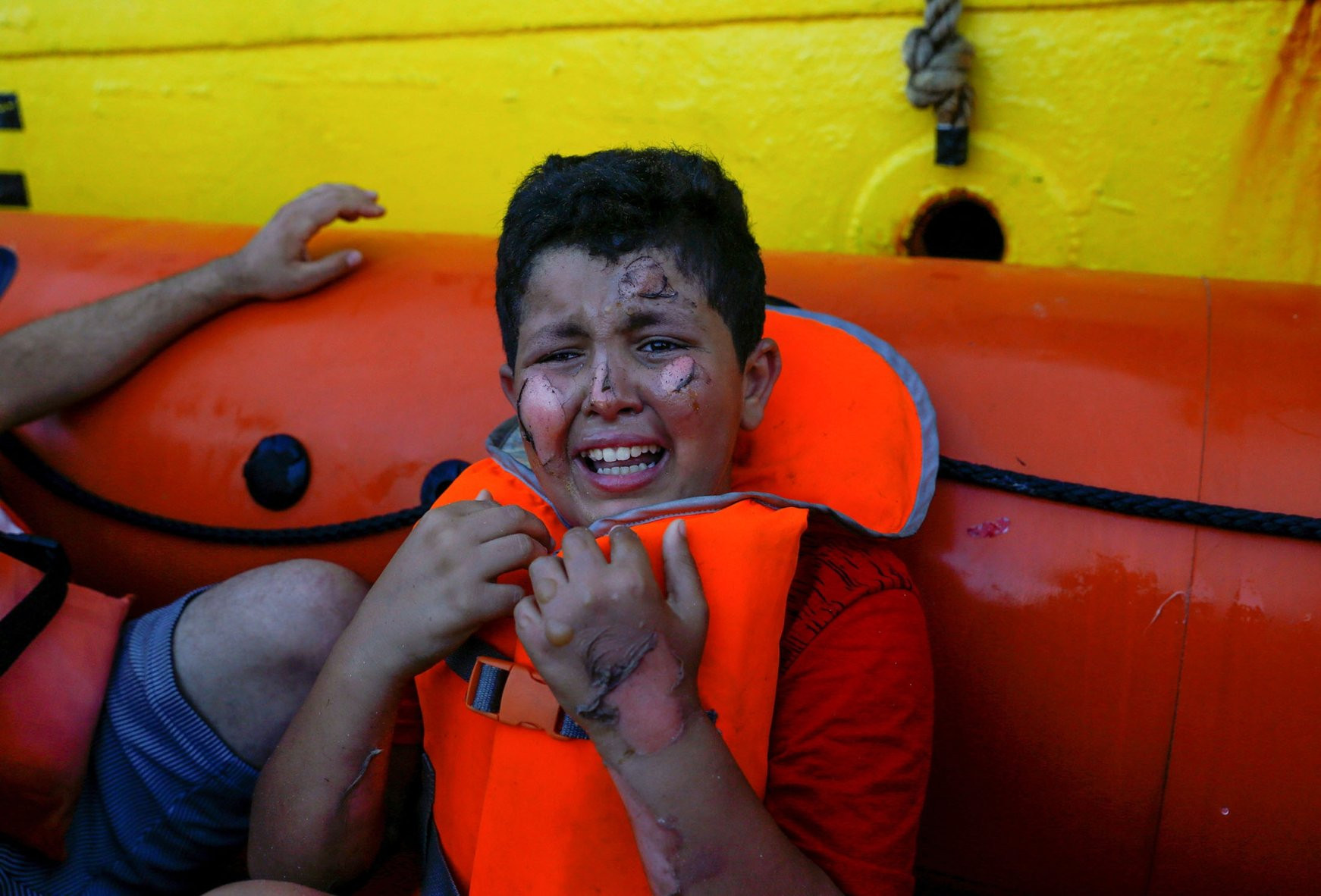 A migrant boy with fuel burns on his face sits in a rigid-hull inflatable boat (RHIB) operated by a German NGO migrant rescue ship, "Sea-Watch 3," after being rescued from a boat in international waters off the coast of Libya, in the western Mediterranean Sea, July 30, 2021. (REUTERS PHOTO) 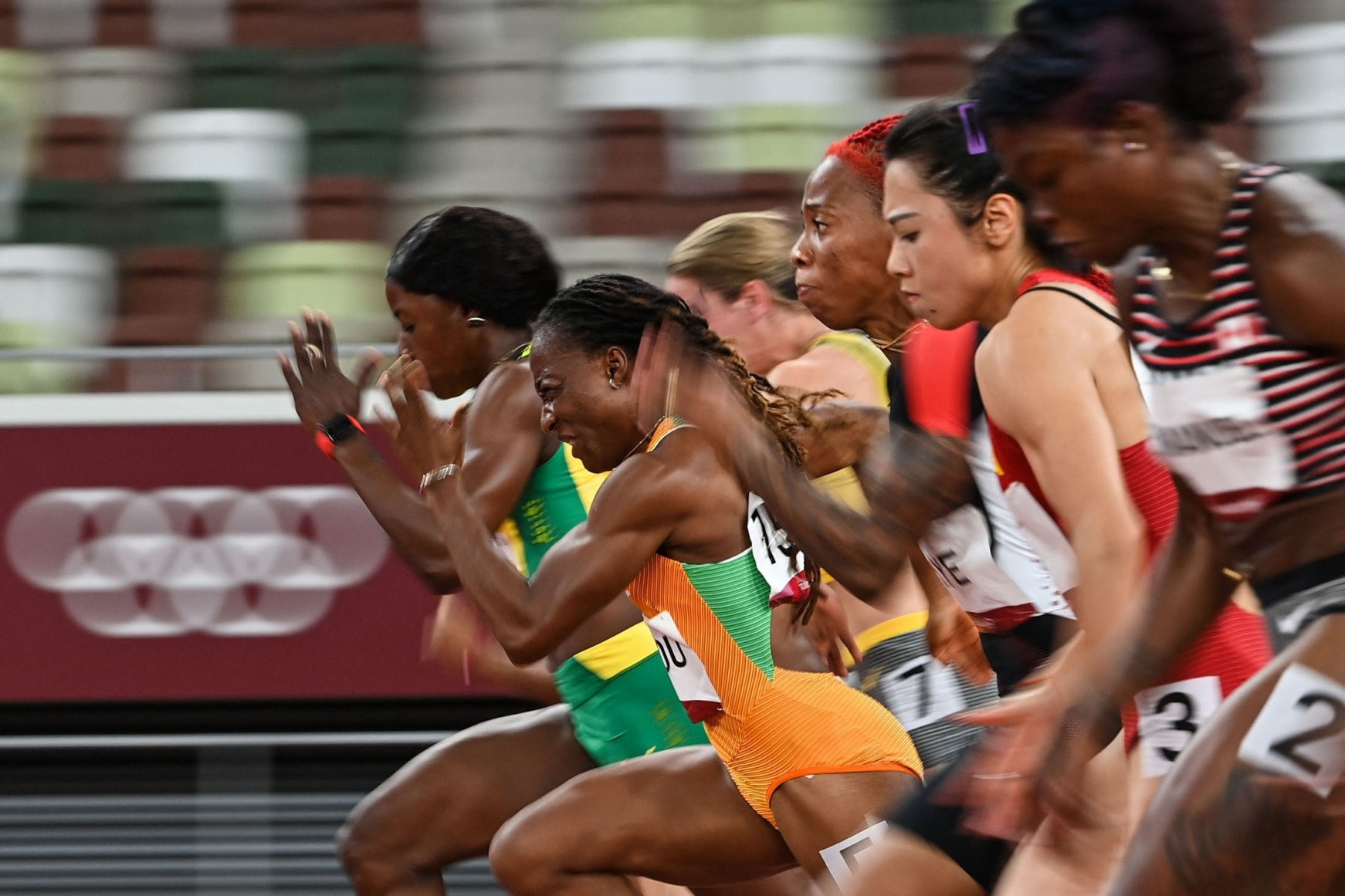 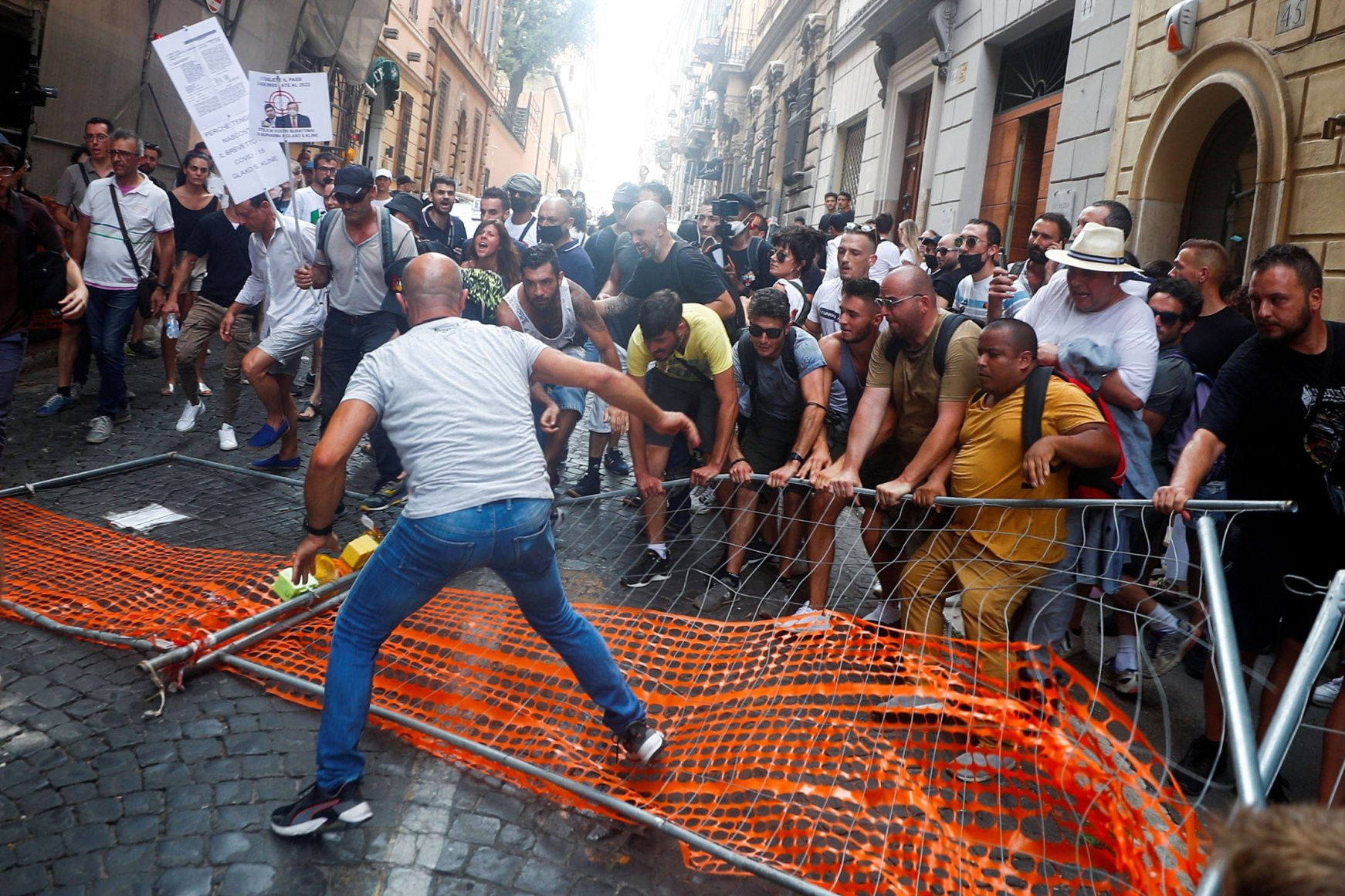 Protesters remove a barrier installed by police to block a march demonstrating against the "Green Pass" health pass plan, a digital or paper certificate that shows if someone has received at least the first dose of a coronavirus vaccine, has tested negative or has recently recovered from COVID-19, which will be mandatory for indoor dining, cultural and sports events from next week, Rome, Italy, July 27, 2021. (REUTERS PHOTO) 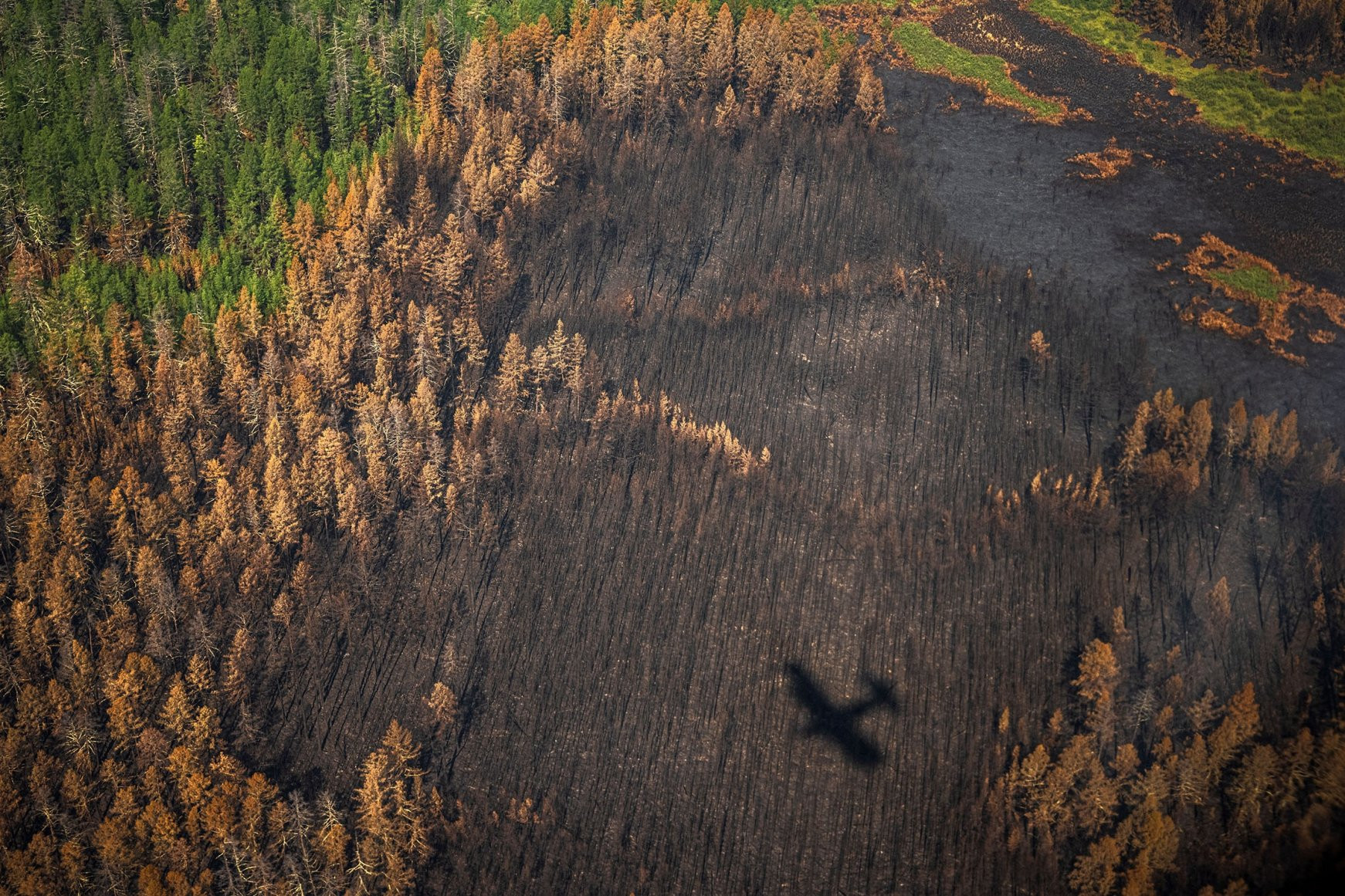 This aerial picture taken July 27, 2021, shows the shadow of an aircraft of Russia's Air Forest Protection Service flying over a burned forest in the republic of Sakha outside the village of Berdigestyakh, Siberia, Russia. (AFP PHOTO)