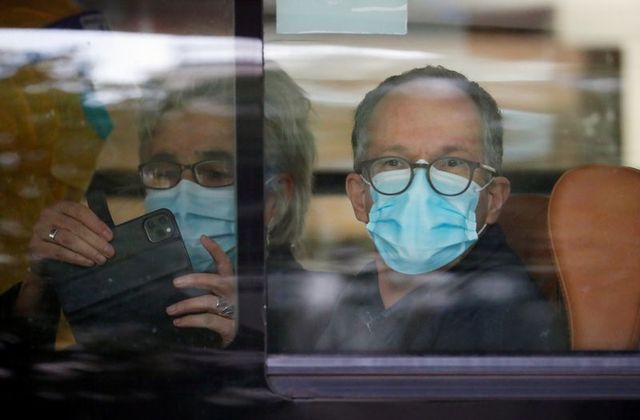 A World Health Organization-led team investigating the origins of the COVID-19 pandemic left its quarantine hotel in Wuhan on Thursday to begin fieldwork, two weeks after arriving in the Chinese city where the virus emerged in late 2019.

The mission has been plagued by delays, concern over access, and bickering between China and the United States, which has accused China of hiding the extent of the initial outbreak and criticized the terms of the visit, under which Chinese experts conducted the first phase of research.

“I asked that the international scientists get the support, access & data needed, and the chance to engage fully with their Chinese counterparts.”

The WHO has not provided details of the mission’s itinerary, although team leader Peter Ben Embarek said in November that the group would likely go to the Huanan Seafood Wholesale Market, where the first known cluster of cases was traced.

The team, made up of independent experts, is due to remain for two more weeks in China, which has used stringent measures, including drastically curtailing international arrivals, to curb the spread of the coronavirus. China has been battling a series of local outbreaks over the past month.

“During the second 14 days, the team will be able to go out under strict medical supervision, continuous testing and the restrictive measures,” Hans Kluge, the WHO’s European regional director, told a news conference from Copenhagen on Thursday.

He said the first two weeks had been productive.