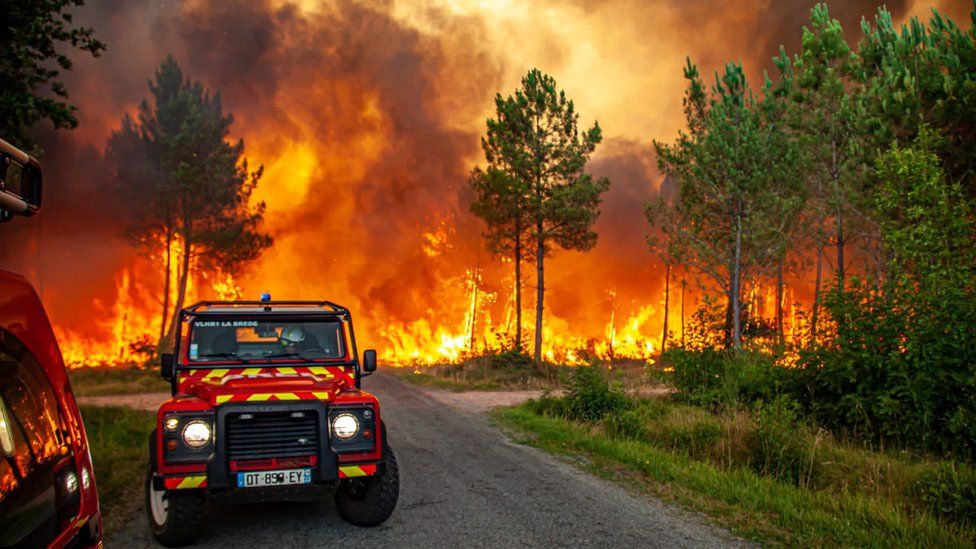 Emergency services battled wildfires across swathes of southern Europe amid mass evacuations on Wednesday, as warnings sounded in London after Britain's hottest day that the fight against climate change needed to be stepped up, News.Az reports citing Reuters.

Hundreds fled in central Italy as gas tanks exploded in a forest fire near the Tuscan town of Lucca. Similar numbers fled in Greece as a blaze fuelled by gale-force winds raged in mountains north of Athens. Greek authorities said later in the day that the blaze had been tamed.

A brutal heatwave with spikes well above 40 Celsius (104F) settled over southern Europe last week, part of a global pattern of rising temperatures, widely attributed by scientists and climatologists to human activity. It is forecast to dump searing heat on much of China into late August. read more

It is also expected to expose around 100 million Americans to temperatures above 38C on Wednesday and set records in Texas, Louisiana and Arkansas.

While the record heat last week around parts of the Mediterranean has eased, mercury readings have begun heading up again in Portugal, Spain and Italy.

Wildfires burned in several areas of Italy, including one that threatened to leave part of the northeastern city of Trieste without power and water, and 14 metropolitan areas including Rome, Milan and Florence were due to be put on the country's highest heatwave alert on Thursday.

Forecasters there said that temperatures were expected to hit 40C across a swathe of the north and centre this week.