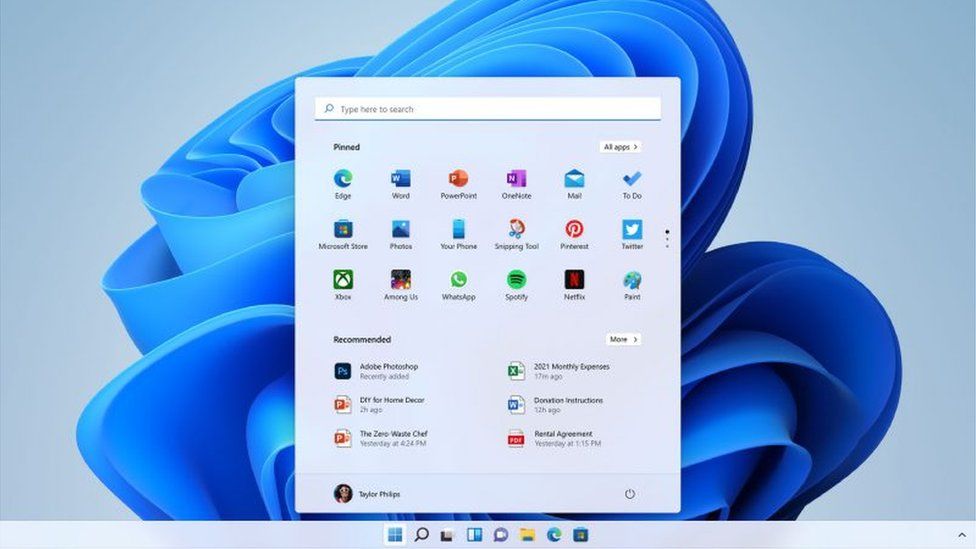 Windows chief product officer Panos Panay, told the BBC the latest version was built to be "clean and fresh and simpler" for the user.

He promised that the new operating system would not be an "extreme departure" from what people know.

And even the least tech-savvy users can upgrade easily, he added.

"I use the frame of my father - he's 89," Mr Panay said. "I'm so excited for him to hit that button and upgrade, you have no idea.

"Not because he's my dad - because I just want it to be easy for him."

He said expert users had already tested it extensively through Window's Insider trial programme and was confident there would be no teething issues, adding the upgrade is "ready now".

Windows 11 has some significant design changes, along with some alterations on how the system works under the hood.

By default, the Start menu is centred on screen, along with icons in the taskbar. When clicked on, the Start button opens a menu of frequently used apps.

In some ways, it mimics the appearance of a smartphone app menu or launcher. Microsoft has also dropped the "tiles" which were present on Windows 10's start menu.