World Cup: Brazil beat Switzerland 1-0 to advance to Round of 16 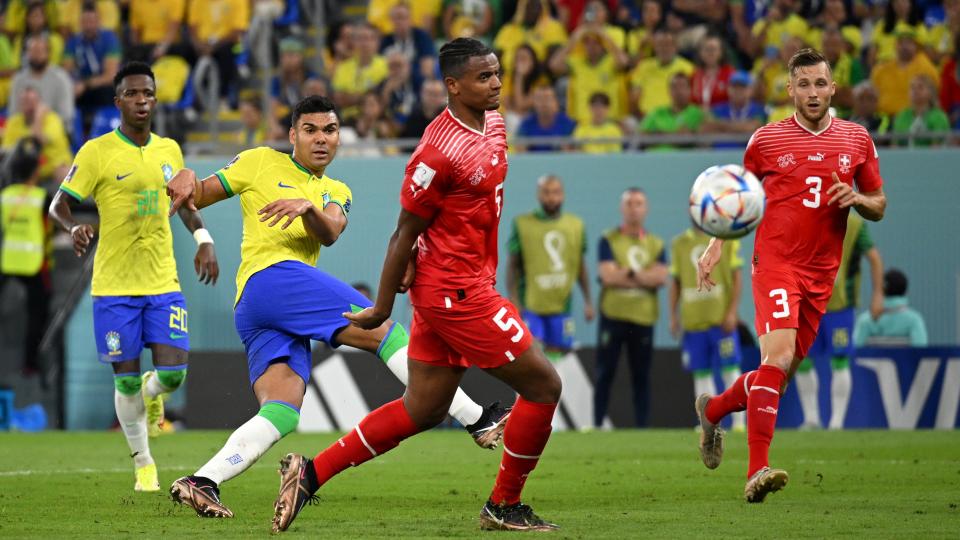 Brazil beat Switzerland 1-0 on Monday to become the first Group G team to advance to the Round of 16 at the 2022 FIFA World Cup, News.Az reports.

Brazil had to play without its star attacker Neymar due to his ankle injury.

Swiss defense closed down well and prevented several through balls attempted by the Brazil's attackers, while Brazil made several passing mistakes in the first moments of the game at Qatar's Stadium 974.

Sommer saved another one as Rafinha's long range shot came right at his hands in the 31st minute.

Some of the field lights were shut off for a short while in the 43rd minute and the first half ended goalless.

Brazil's Richarlison could not finish a pass in front of the goal in the 55th minute. Vinicius Jr. put the ball to the Swiss net in the 64th minute but VAR, short for Video Assistant Referee, ruled out the goal due to offside.

Casemiro netted the goal Brazil needed with a classy finish in the 83rd minute.

Brazil player Gabriel Jesus' shot was tipped over by Sommer in the 87th minute.

Brazil missed several scoring chances in the last minutes of the match and the game ended 1-0.

Brazil and France have advanced to the Round of 16 so far.