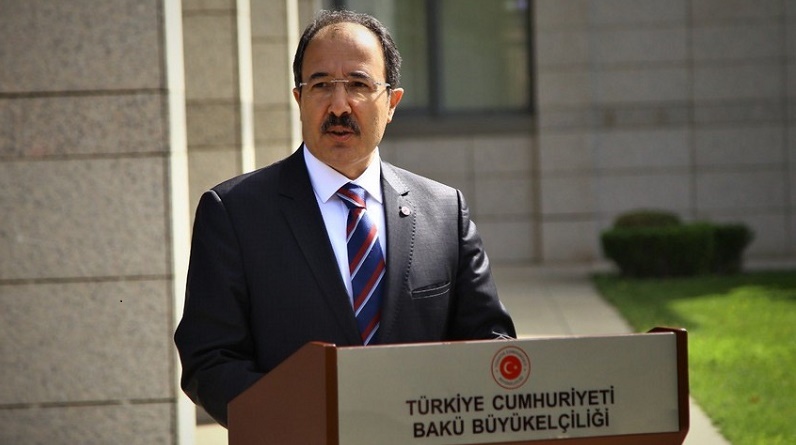 The world community has taken no action against the massacres in Khojaly, Turkish Ambassador to Azerbaijan Cahit Bagci said this during a visit to the monument "Mother's Cry" in Baku, a correspondent of News.Az reports.

According to him, the world has remained deaf and blind to these atrocities.

"Four UN resolutions on Karabakh remained unimplemented. However, Azerbaijan won the victory in the 44-day Patriotic War. Today we stand in front of the "Mother's Cry" monument to share the grief of our brothers. We must not only commemorate the victims of Khojaly but also talk about this crime, not forget it. Let the Almighty God rest the souls of Khojaly victims, martyrs of the first and second Karabakh war," the ambassador said.