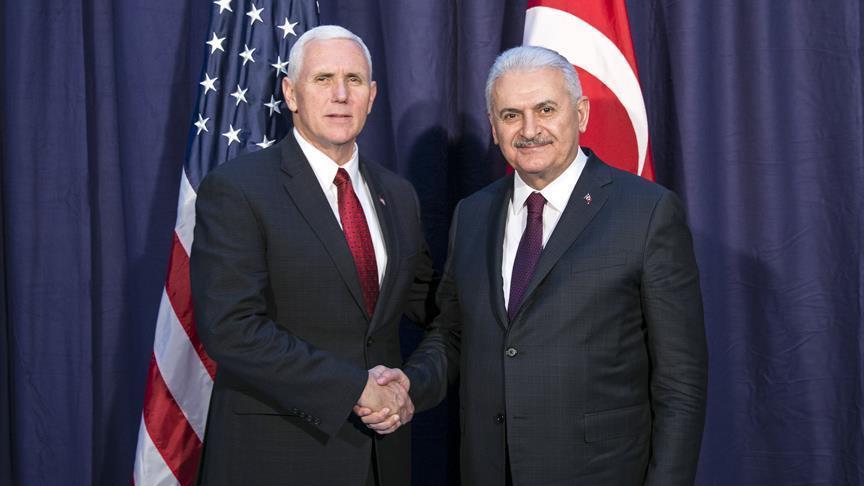 Turkish Prime Minister Binali Yildirim and U.S. Vice President Mike Pence met Saturday on the sidelines of a security summit in Munich to discuss bilateral ties and highlighted the significance of a common stance against terrorism, according to Anadolu Agency.

Recent contacts between the U.S. and Turkey were highlighted during the meeting in which an emphasis was made on a determination for strengthening the relationship, according to a prime ministerial source.

Yildirim focused on the fight against the Fetullah Terrorist Organization (FETO) and the extradition from the U.S. of its terror leader, Fetullah Gulen, and assured Pence that Turkey is ready to cooperate in various ways with the new U.S. administration, which will open a new page in mutual relations, the source said.

The Turkish prime minister raised the issue of the fight against the Daesh terror group and said Turkey and the U.S. must take a joint stance in the effort.

Yildirim stressed the significance of cooperation between the pair of NATO allies to find a permanent solution to the war in Syria and to rid the country of all terror groups, including the PKK/PYD terror organizations.