Zakharova: US has not grounds to close Russian consulates 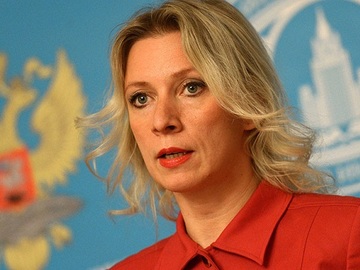 "There are no grounds for speculation about possible closing of a Russian consulate in the United States."

There are no grounds for speculation about possible closing of a Russian consulate in the United States to redress diplomatic balance, as it was Washington’s deliberate choice not to open a fourth consulate in Russia, Russian Foreign Ministry spokesperson Maria Zakharova said.

"If they start telling you that parity has stayed upset for year and now it is time to redress it, to answer Russia’s unfriendly actions - it is an absolute bluff targeting those who are out of the subject," she said in an interview on the Rossiya-1 television channel.

"The point is that many year ago we offered the Americans to open a fourth consulate in Russia but they did not do that. So, all the questions are to addressed to them. That is why there is no room for speculations on that matter," TASS cited the diplomat as saying.

"Misbalance was created not out of Russia’s whim. After the collapse of the Soviet Union, the additional, fourth, consulate that ensured parity between Russia and the United States remained in Ukraine. Moscow offered Washington to open an extra, fourth, consulate to keep the parity but Washington did not consider it necessary," Zakharova added,

Earlier, Russia’s Kommersant daily said citing anonymous diplomatic sources that the United States was looking at a possibility of closing one of Russia’s four consulates to redress parity.