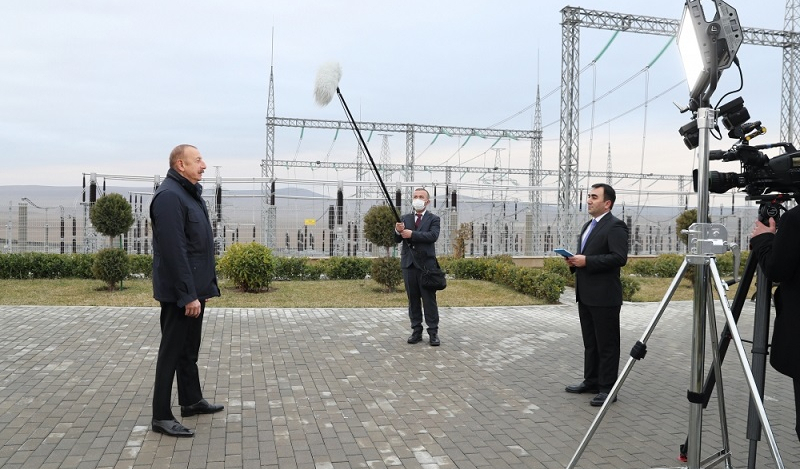 The head of state noted that Azerbaijan has met and will continue to meet domestic demand.

“We must expand our exports and access new export markets. As I said, we have energy connections with all four neighboring countries, and we are now working on a new project. We now plan to build a new line through the Zangazur corridor from Azerbaijan to the Nakhchivan Autonomous Republic, and from there to Turkey and Iran,” he said.

The Zangazur corridor is not only about railways, highways and air transport, said President Aliyev, adding. “At the same time, the Zangazur corridor will play a role in energy exports. We will have a new line to supply electricity to the Nakhchivan Autonomous Republic, which is an integral part of Azerbaijan, and from there to foreign markets, to Turkey and Europe. One line passes through Georgia-Turkey and the second line must pass through there. We are working on it, and our growing exports will increase our importance, increase our geopolitical importance, and at the same time bring us additional currency. We will gain currency not only from oil and gas, but also from electricity, and our country will live more prosperously.”