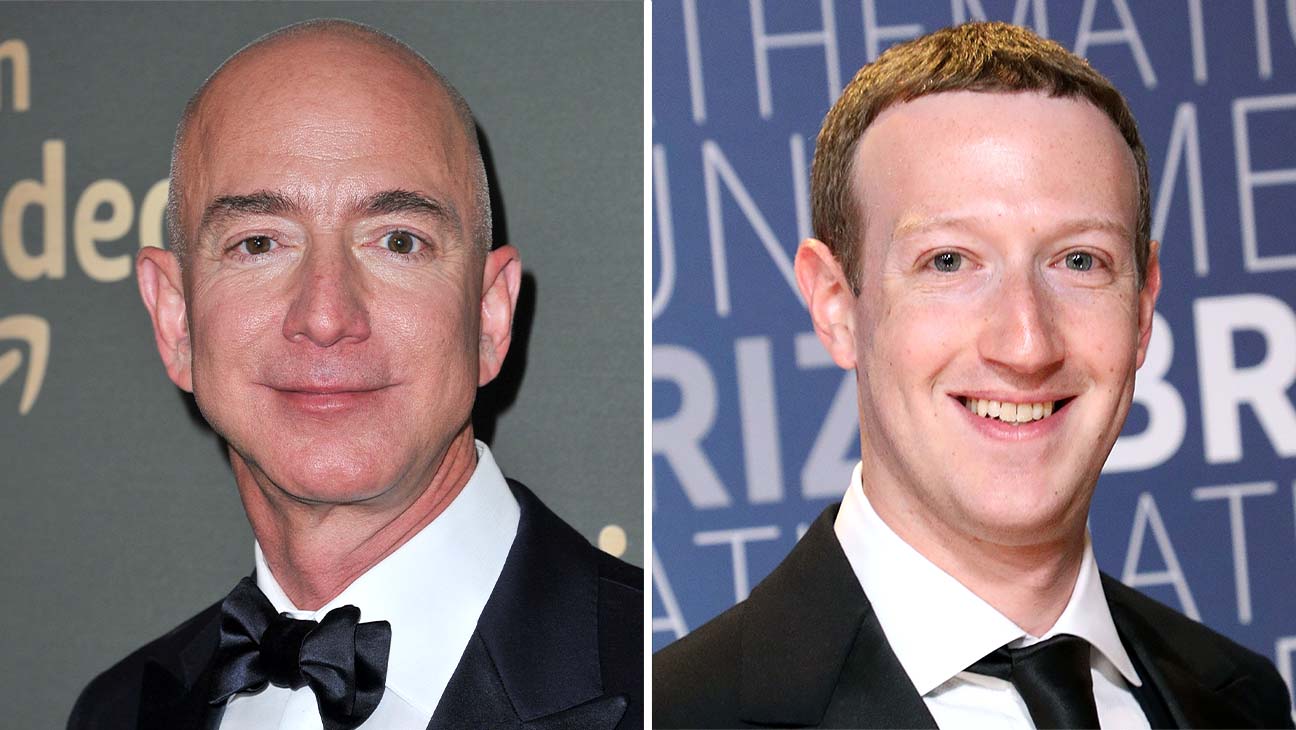 Meta's stock fell 26%, erasing more than $200 billion in the biggest ever single-day market value wipeout for a U.S. company. That pulled down founder and Chief Executive Officer Zuckerberg's net worth to $85 billion, according to Forbes.

Zuckerberg owns about 12.8% of the tech behemoth formerly known as Facebook.

Bezos, the founder and chairman of e-commerce retailer Amazon, owns about 9.9% of the company, according to Refinitiv data. He is also the world's third richest man, according to Forbes.

Amazon's holiday-quarter profit surged, thanks to its investments in electric vehicle company Rivian; and the company said it would hike annual prices of Prime subscriptions in the United States, sending its shares up 15% in extended trading and readying it for its biggest percentage gain since October 2009 on Friday.

Bezos' net worth rose 57% to $177 billion in 2021 from a year earlier, according to Forbes, largely from Amazon's boom during the pandemic when people were highly dependent on online shopping.

Zuckerberg's one-day wealth decline is among the biggest ever and comes after Tesla Inc (TSLA.O) top boss Elon Musk's $35 billion single-day paper loss in November. Musk, the world's richest person, had then polled Twitter users if he should sell 10% of his stake in the electric carmaker. Tesla shares have yet to recover from the resulting selloff.

Following the $29 billion wipeout, Zuckerberg is in the twelfth spot on Forbes' list of real-time billionaires, below Indian business moguls Mukesh Ambani and Gautam Adani.

To be sure, trading in technology stocks remains volatile as investors struggle to price in the impact of high inflation and an expected rise in interest rates. Meta shares could very well recover sooner rather than later, with the hit to Zuckerberg's wealth staying on paper.

Zuckerberg sold $4.47 billion worth of Meta shares last year, before 2021's tech rout. The stock sales were carried out as part of a pre-set 10b5-1 trading plan, which executives use to allay concerns about insider trading.