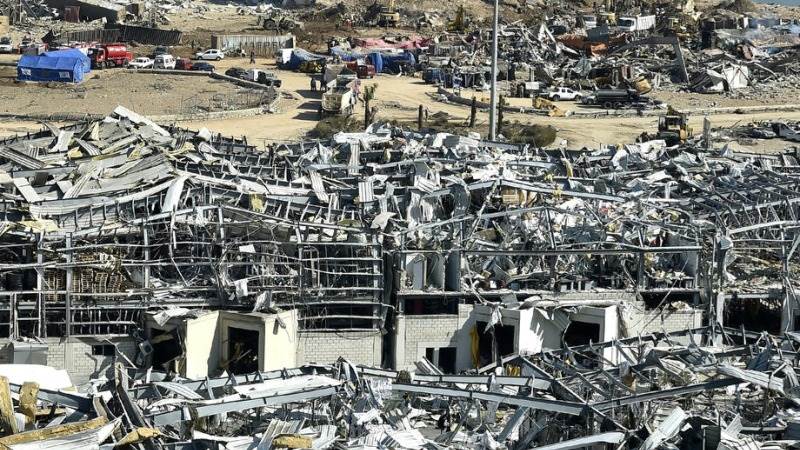 Speaking after his meeting with WHO emergency official Rick Brennan, Hamad told reporters that "the number of missing people ranges between 30 and 40."

Regarding the injured, he said: "About 1,500 need delicate treatment," noting that "120 of them are still in intensive care".

The Health Ministry, he added, "has received from the Lebanese Army list of health donations received from various countries," which will be distributed to medical facilities across the country.

A powerful explosion rocked Beirut last Tuesday after a neglected stockpile of 2,750 tons of ammonium nitrate stored in a warehouse ignited.

The blast wave flattened nearby buildings, and caused extensive material damage in the capital, leaving hundreds of thousands of people homeless.

It came at a time when Lebanon was dealing with a severe financial crisis, along with the coronavirus pandemic.

Violent demonstrations continue despite the resignation of Prime Minister Hassan Diab and his government.