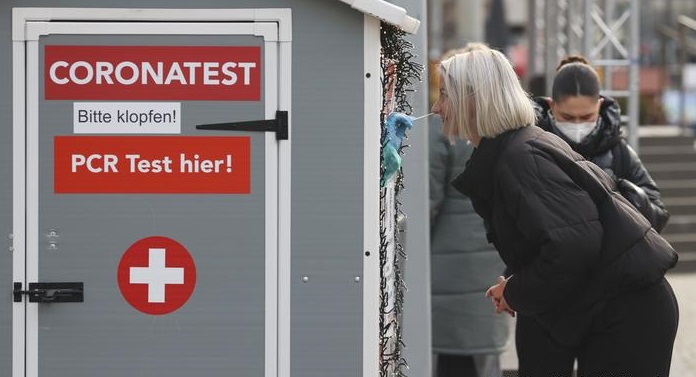 Chancellor Olaf Scholz outlined the federal government's next steps on dealing with the COVID-19 pandemic while addressing the German Bundesrat (upper house of Parliament) on Friday, News.Az reports citing Xinhua.

"The scientific forecasts show us that the peak of the wave is in sight," Scholz said. "This allows us to take a first step towards opening up at the federal-state summit next week and then look at further steps for the spring." He did not provide any details, however.

"We must remain vigilant," Scholz said, "and protect those who are particularly at risk. We don't want to put our successes at risk."

Germany extended its COVID-19 measures in late January to include contact restrictions, a mask mandate in schools and on public transport, and the enforcement of the so-called 3G rule (geimpft, genesen, getestet -- recovered, vaccinated, tested), which requires valid proof of immunization or recovery or a recent negative test in several areas of public life.

Although Germany's seven-day COVID-19 incidence rate hit a new all-time high on Friday, the daily number of infections was slightly lower than a week ago as around 240,000 new cases were registered, the Robert Koch Institute (RKI) for infectious diseases said.

"There is still a very high infection risk for the population," the RKI said in its latest weekly report, stressing that the current wave had not peaked yet. The highest seven-day incidence rate continued to be reported among children aged five to 14 years.

As of Thursday, 19.9 million people in Germany, or 23.9 percent of the population, had not been vaccinated, according to official figures. For four million children in the zero-to-four years age group, no licensed vaccine is available yet.