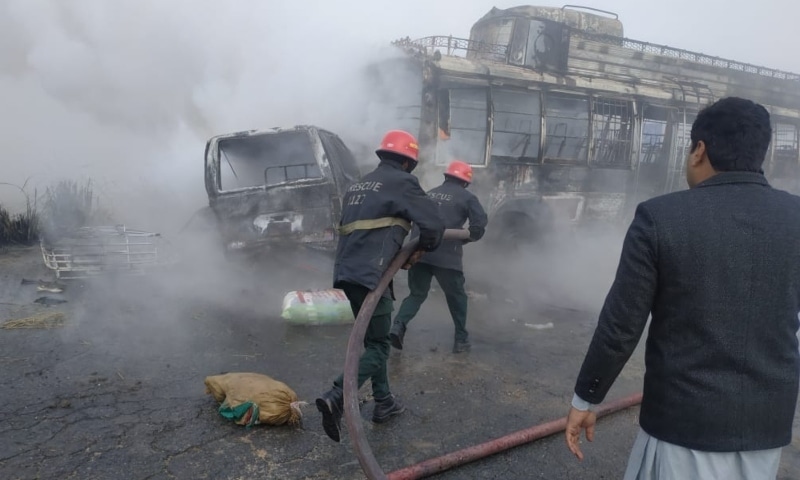 At least 13 people were killed and 25 others injured in a road accident in Attock district of Pakistan's eastern Punjab province on Monday evening, rescue officials and local media said.

Officials from the Rescue 1122 told media that a passenger bus overturned near Burhan Interchange at the motorway in Hassan Abdal area of the district, leaving 13 people dead and 25 others injured.

Rescue personnel and police rushed to the site and shifted the bodies and the injured to a hospital in Hassan Abdal.

Local media quoting hospital officials reported that most of the injured suffered serious injuries and were in critical condition. The deceased include a woman and a child.

The patrolling police of the motorway said the accident took place when the driver lost control over the bus because of overspeeding.

The ill-fated bus was heading towards the country's northwest Khyber Pakhtunkhwa province from Lahore, the capital of Punjab province.