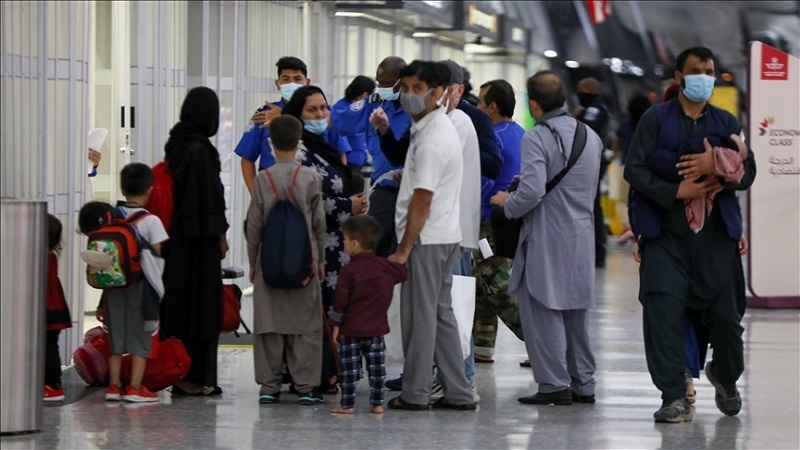 The US is housing 20,000 Afghan evacuees at military installations in five states, while another 40,000 remain at bases overseas awaiting processing, according to a report.

Internal federal data reviewed by CBS News showed eight military sites in Virginia, Wisconsin, New Mexico, New Jersey and Indiana have been tasked with temporarily housing the refugees, as well as those who assisted the US military.

These sites can house nearly 32,000 people and officials were told to increase that capacity to 50,000 by mid-September.

Some 124,000 people have been airlifted from Kabul in the past few weeks and those are part of the number.

The evacuees have been taken to US and NATO bases in Qatar, Bahrain, Kuwait, the United Arab Emirates, Saudi Arabia, Germany, Spain and Italy before making their way to the US, according to CBS News. These bases can currently accommodate just under 61,000 people.

The bases in Qatar and Germany were housing the most Afghans early Wednesday, hosting approximately 11,600 and 15,700 refugees, respectively.

Canada, the UK, Albania, South Korea and Colombia have also pledged to take Afghans who fled the Taliban takeover in mid-August, according to the news outlet.