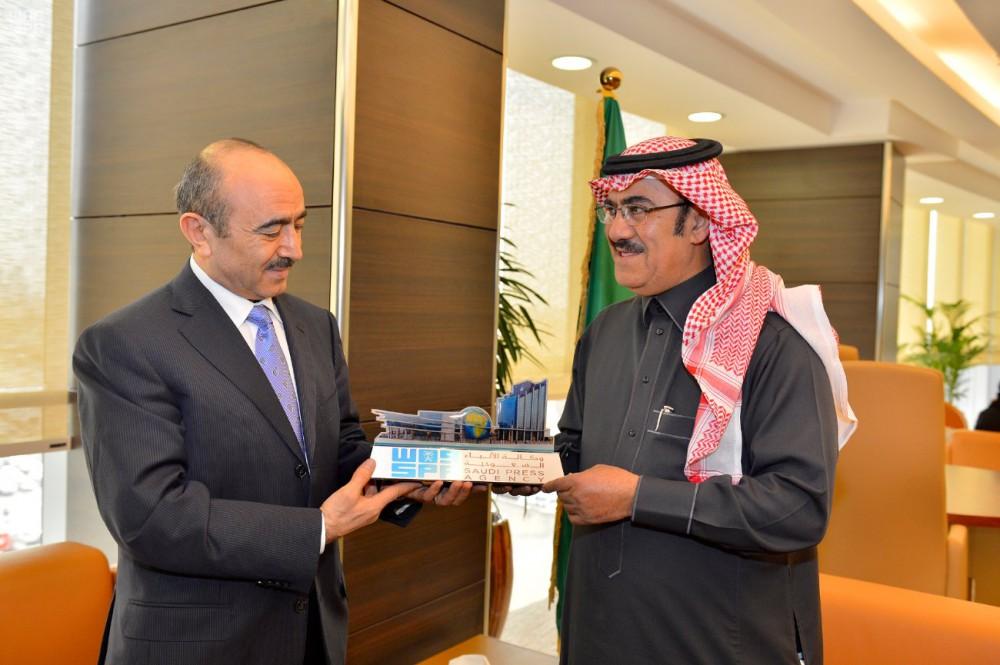 During the meeting, Ali Hasanov spoke of the relations between Azerbaijan and the Kingdom of Saudi Arabia in various areas, according to Trend. He hailed King of Saudi Arabia, Custodian of the Two Holy Mosques Salman bin Abdulaziz Al Saud’s merits in solving problems of the Islamic world.

Hasanov said he witnessed a great progress of Saudi Arabia.

Ali Hasanov noted that his visit to Saudi Arabia is arranged in order to further develop relations between the two countries in many areas, including in the field of media.

He also viewed the work process in SPA.