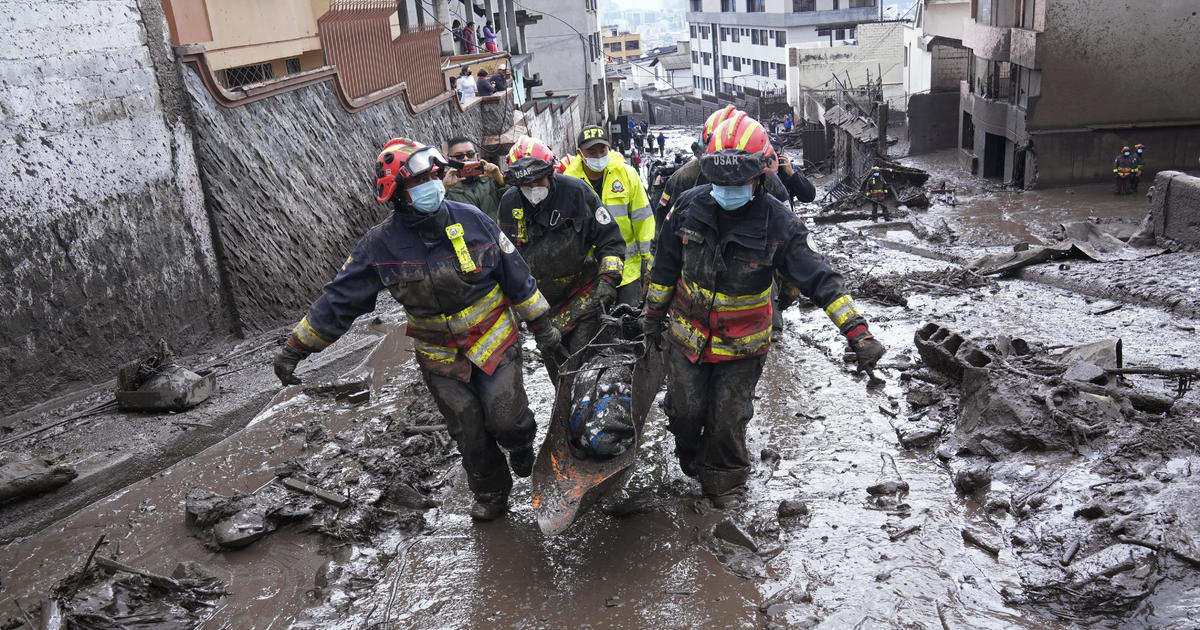 Rescue crews are trying to locate anyone who may be alive after massive flooding caused a landslide that has killed at least 21 people in Ecuador’s capital of Quito, according to authorities.

Quito’s Mayor Santiago Guarderas said torrential downpour fell late Monday on the slopes of the Pichincha volcano, in the La Gasca sector, exceeding the capacity of a water catchment structure on a hillside.

It caused a deluge of mud, water and rocks to sweep down an avenue in the city, sweeping away volleyball players and spectators on a sports field and washing away cars, flooding houses and blocking streets.

Residents were left digging through mud to escape the debris and are still looking for loved ones. Many have been taken to shelters.

Personnel and heavy machinery have been deployed to find survivors, clear roads and fix the failed water catchment system.

Soldiers, police and fire brigades have been mobilized to assist in search and rescue efforts.

This is not the first time that the city has faced tragedy from flooding as a similar amount of rainfall was recorded in 2003.

The mayor said measures taken did not prevent the disaster from occurring.

“In spite of the slope protection works and the control of the city's streams, we are not exempt from natural disasters,” Guarderas wrote on Twitter.

The heavy downpour coincided with a wave of rain that has affected a large part of the country.