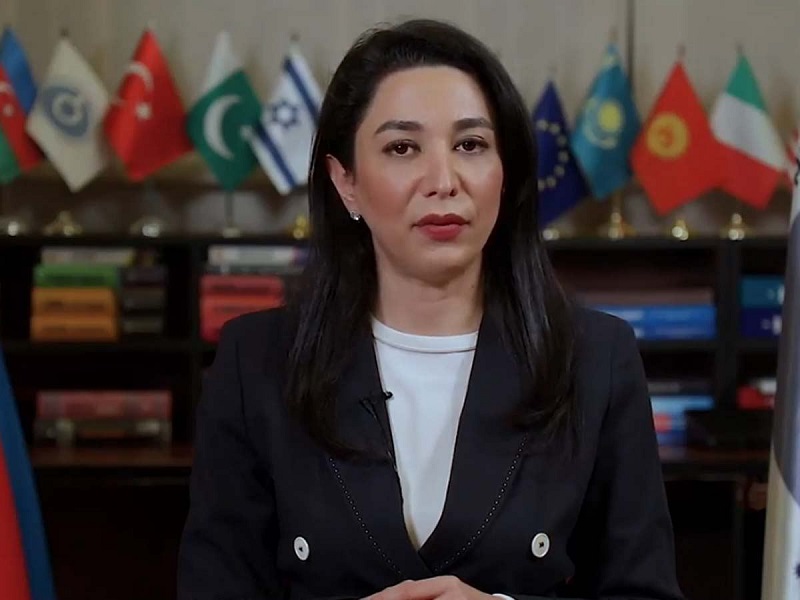 Azerbaijan’s Commissioner for Human Rights (Ombudsman) Sabina Aliyeva has issued a video message on occasion of June 1- International Day for Protection of Children.

The video message reads: "I am Sabina Aliyeva, the Ombudsman of Azerbaijan and I sincerely congratulate all the children on the occasion of June 1 - International Day for Protection of Children and wish them success and to be worthy citizens.

For the happiness of our children, we - adults should surround them with attention and care.

The implementation of child rights enshrined in the UN Convention on the Rights of the Child and other important documents, ensuring a safe, equal, tolerant, healthy environment, and worthy living standards for them are among core obligations for all State Parties. National human rights institutions play an important role in fulfilling these obligations.

Despite the efforts that ensured comprehensive development and protection of the interests of children, unfortunately, in the reality of the modern world, children are exposed to such threats as wars, poverty, serious illness, adults’ indifference, violence, malicious information, and others.

We note with regret that during the Second Karabakh war the civilian settlements located in Naftalan, Aghjabadi, Ganja, and Barda cities and districts of Azerbaijan were subjected to heavy artillery attacks by Armenian Armed Forces, and as a result of this more than 10 children were killed, 50 children got wounded, 4 children lost both and many children lost one parent. Such violent acts have been continued during almost 30 years long aggression by Armenia against Azerbaijan.

These heinous attacks by the Armenian Armed Forces caused the killing of talented children, thwarted their future dreams in education, sport, art, and other fields. One of them was young football player Shahriyar Gurbanov.

The death of Artur Mayakov, the Russian Federation citizen, as a result of a rocket attack on Ganja city, once again showed that the crimes committed by Armenia cause children to become victims, regardless of language, religion, national, ethnic, or social origin, and other grounds.

Azerbaijan respects the rights of every child without any discrimination and ensures their living in a peaceful, multicultural, and tolerant environment.

Armenia has repeatedly violated the norms of international law, including the Geneva Conventions and the UN Convention on the Rights of the Child. Unfortunately, the mines planted by Armenia and its failure to provide minefield maps continue to be a serious threat to the lives and health of civilians, including children. However, no international legal sanctions have been imposed on Armenia yet.

Today - on the International Day for Protection of Children and on June 4 - on the eve of the International Day of Innocent Children Victims of Aggression, I call upon the world community to join the efforts for the prevention of discrimination against children, for taking care and supporting them in a view with protecting them from war and violence, and ensuring the norms of law and achieving the goals set in Sustainable Development Goals!
The children are our today and future, so, let us protect them and ensure the realization of their rights!"