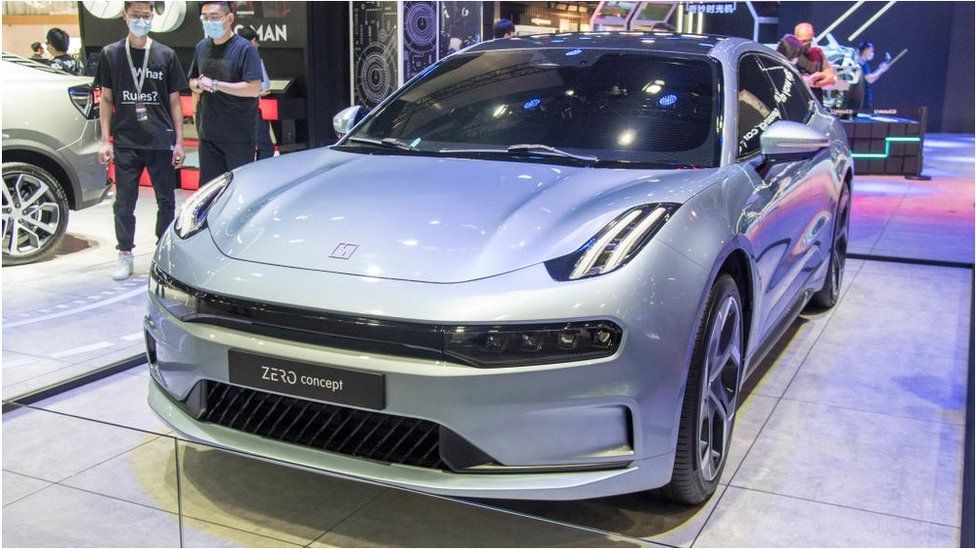 The Chinese company, which owns Volvo and Lotus, announced its Zeekr brand on Tuesday to tap into China's demand for electric vehicles (EVs).

It comes as Elon Musk goes on the charm offensive in China praising its plans to tackle carbon emissions.

The Tesla founder has seeking to allay Chinese concerns about his cars' onboard cameras.

Geely said it would develop and manufacture high-end EVs under the Zeekr brand and expected to begin deliveries in the third quarter of 2021.

It already has exposure to premium electric cars through the brands it owns. Polestar, owned by Volvo Cars, develops electric performance cars. It is headquartered in Sweden with vehicle production taking place in China.

Lotus, which is majority-owned by Geely, is working on an electric-powered supercar called Evija.

Geely also owns London black cab maker, the London EV Company, and has focused on building plug-in hybrid taxis, which have both a petrol engine and electric battery.

Zeekr, its own home-grown EV brand, will face fierce competition from Tesla whose Model 3 was the top-selling electric vehicle model in China last year. It will also compete with Chinese groups Nio, Xpeng and Li Auto which are seeing healthy sales.

Beijing wants more than a fifth of vehicles sold in China to be electric by 2025.