EU to borrow around 150 billion euros annually for recovery fund 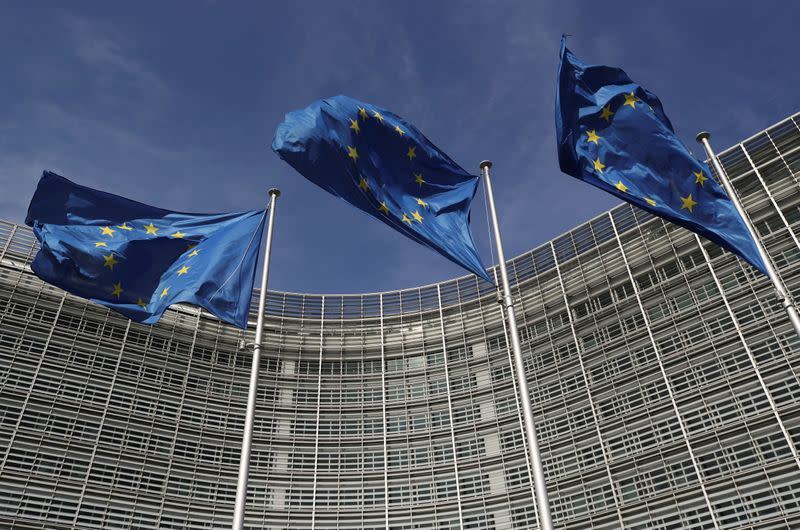 The European Commission plans to borrow around 150 billion euros annually until 2026 to finance the bloc’s unprecedented plan to make its economy greener and more digitalised, making it the biggest debt issuer in euros, the Commission said on Wednesday, according to Reuters.

The money is split into 338 billion euros in grants and 386 billion in loans for the 27 EU countries and the rest is for joint EU programmes. It will be distributed over the next five years with a third to be spent on reducing CO2 emissions in the EU’s 27 economies.

Each of the 27 EU governments can get 13% of its share of the money this year in pre-financing before projects paid for by the scheme reach agreed milestones and targets.

If EU governments focus on the grants component of the pre-financing this year, EU borrowing in the third quarter could be around 45 billion euros, Budget Commissioner Johannes Hahn said.

To avoid crowding out the borrowing of EU governments, the EU will publish a funding plan six months in advance to allow investors to plan.

The EU will sell bonds at auctions and through syndication in a primary dealer network to enable regular payouts as governments complete agreed stages of projects and reforms.

The borrowing will start as soon as all 27 EU national parliaments ratify the EU’s Own Resources Decision - a law raising guarantees from EU governments to the EU budget to 2.0% of GNI from 1.4% GNI until 2058.

“Our structures will be ready by June and theoretically we could start borrowing then, but it depends on how quickly member states complete the ratification process,” Han told a news conference.

The ratification of the law is necessary because the guarantee of the EU budget will enable the EU to borrow at the lowest possible rates on the market.

It is only a backstop measure because the repayment of the borrowing is supposed to come from new taxes the EU is to agree on over the coming years, rather than from national budgets.

The repayment is to start in 2028 and continue until 2058. Loans will be repaid by the countries that borrowed and grants by the EU budget from money raised through a yet to be agreed tax on goods imported into the EU from countries observing less strict CO2 emissions goals, new levies on CO2 emissions in the transport sector and a digital levy.

The EU also plans a financial transaction tax and a financial contribution linked to the corporate sector or a new common corporate tax base.