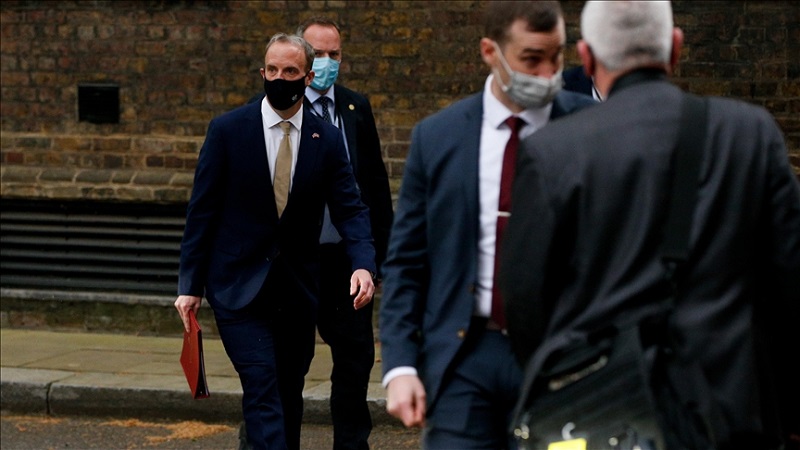 The foreign ministers of G7 countries on Tuesday gathered for their first in-person meeting since the beginning of the pandemic, to discuss pertinent issues around the world, Anadolu Agency reports.

The conference, held at Lancaster House in London and led by UK Foreign Secretary Dominic Raab, discussed a plethora of urgent matters, including threats to international law and democratic norms posed by certain states as well as ways to combat rising carbon emissions.

“The UK’s presidency of the G7 is an opportunity to bring together open, democratic societies and demonstrate unity at a time when it is much needed to tackle shared challenges and rising threats,” Raab said in a statement.

“The addition of our friends from Australia, India, the Republic of Korea and South Africa, as well as the chair of ASEAN reflects the growing significance of the Indo-Pacific region for the G7,” the foreign minister added, highlighting the importance of trade relations between the UK and region post-Brexit.

Ministers also spoke on the ongoing conflicts in Libya and Syria as well as those in Ethiopia and Somalia. Climate change in the Sahel region of central-western Africa was also reviewed as well as threats posed by terrorist groups such as Boko Haram and ISIS.

The focus of the conference, however, was international law and democratic norms.

G7 ministers spoke of the importance of unity in the face of threats against international law and the erosion of human rights and freedoms. The ministers were also urged to take a stronger stance against aggressive foreign policies of China and Russia in their respective regions.

“Together, the @G7 members will work to define and enact a shared democratic vision. We respect the freedom of all people to express their political will and meaningfully participate in determining the direction of their country,” US Secretary of State Antony Blinken said in a Twitter post.

Following Blinken’s statement, the US State Department made clear its intention to work with China on shared challenges like climate change but warned that the US and its allies would stand up for democratic values and principles when human rights are abused in Xinjiang, Hong Kong and elsewhere.

“We are working together on crises and major international political issues, the defense of democratic values in the face of the rise of authoritarian regimes and support for the ACT-A # COVID19 initiative,” French foreign minister Jean-Yves Le Drian said in a statement, referencing an international initiative to lead the fight against COVID-19.

The ministers also discussed the military coup in Myanmar and the military junta’s crackdown on mass pro-democracy demonstrations across the southeast Asian nation. During the meeting, Raab urged his counterparts to take stronger action against Myanmar’s military junta.

The foreign ministers’ meeting will be followed by the G7 Leaders’ Summit in June, when US President Joe Biden will make his first overseas visit and meet with UK Prime Minister Boris Johnson as well as other heads of state.

The G7 is a group of the world’s most powerful and wealthy nations. It is made up of Canada, France, Germany, Italy, Japan, the UK and the US.

In addition to the attendance of the traditional members of the G7, ministers from Australia, India, South Africa and South Korea were invited to attend conferences this week.