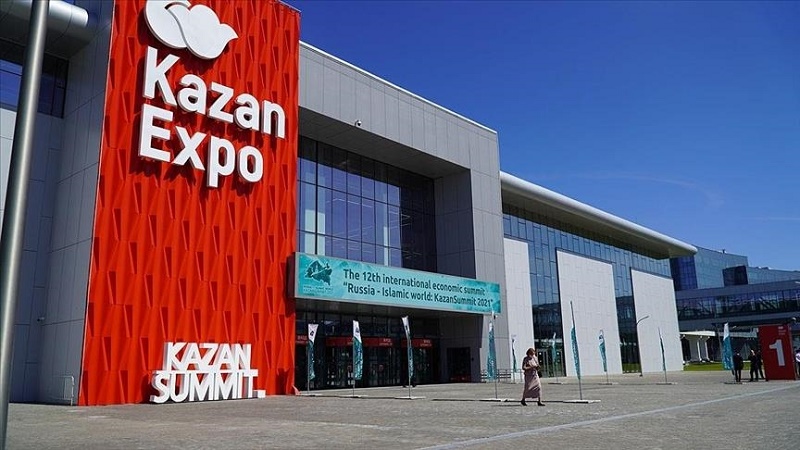 Gathering Russian and Islamic world economy professionals, the Kazan Summit 2021 kicked off on Wednesday in Kazan, the capital of Russia's republic of Tatarstan.

The three-day event began with the opening ceremony of the "Russia Halal Expo."

The summit will be expanded to attract more investors and stakeholders, Tatarstan's President Rustam Minnikhanov vowed during his speech.

"We (with Russian Federation) are committed to bringing the event to a new level," Minnikhanov said.

Pointing to the high number of visitors despite the coronavirus pandemic, he stressed that the event will be fruitful and promising.

With an aim of enhancing trade and economic, scientific-technical, social, and cultural ties between Russia and the Organization of Islamic Cooperation member countries, Kazan Summit has seen more than 4,000 visitors.

The event also targets to promote the Islamic financial institutions' development in Russia.

In his part, Maxim Reshetnikov, Russia's minister of economic development, pledged that the initiatives taken during the event will be "highly supported" at the federal level.

Noting that 20 million Muslims live in Russia, Reshetnikov said: "It is a huge market which offers a huge opportunity for the global companies at the event and in the country."

Mucahit Kucukyilmaz, the head adviser to Turkish President Recep Tayyip Erdogan, added that the pandemic raised the demand for halal products, and the concept of halal has begun to be effective in all aspects of trade.

Stressing that the trade volume in the field of halal products has exceeded $4 trillion, Kucukyılmaz said that the figure is expected to continue rising.

Ihsan Ovut, the head of the Standards and Metrology Institute for the Islamic Countries, said that this sector has become a rising trend among not only Muslims but also non-Muslims.

"Halal is not an option for us, it is a necessity," Ovut said, adding that halal standards have attracted more attention during the pandemic.