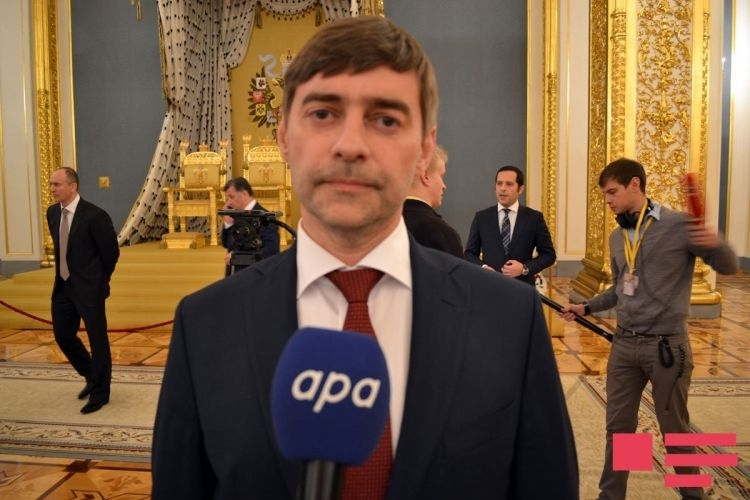 Russia stands against re-escalation of the Nagorno-Karabakh conflict.

The statement came from Sergei Zheleznyak, member of the country’s State Duma (lower house of parliament) Committee for International Affairs, who spoke to APA’s Moscow correspondent on Wednesday.

Russia is committed to working on a political settlement of the conflict, said Zheleznyak, who is also the deputy secretary of the United Russia Party General Council.

The lawmaker hailed Russia’s efforts to help Armenia and Azerbaijan reach a ceasefire and stop combat operations in Nagorno-Karabakh in early April 2016.

“Thanks to Russia’s efforts, a ceasefire was achieved and the bloodshed was stopped during the April clashes in Nagorno-Karabakh,” he said. “I’m sure that all sensible politicians both in Azerbaijan and Armenia understand that such conflicts should be resolved by political and humanitarian means.”

Zheleznyak continued: “A very dangerous phase of the Karabakh conflict was ceased thanks to Russia’s diplomatic efforts. Russia became a platform for the Azerbaijani and Armenian leadership to reach a ceasefire agreement. I’m sure that in absence of Russia’s efforts, the April clashes would have left more people dead and wounded. Thus, Moscow urges the sides to avoid armed clashes.”

Asked about Azerbaijan’s concern over the creation of a united group of Russian and Armenian troops, the lawmaker said the creation of this group is defensive in nature.

“It was created with the aim of ensuring the national security of Russia outside the country,” he said, adding. “I’m sure that there will be no need for this group, if Russia and Armenia will not face any attack. Thus, there is no reason for concern over the creation of the united group of Russian-Armenian troops.”

The politician also commented on reports of Russia’s delivery of Iskander missile complexes to Armenia.

“Everyone knows that not the weapon, but people open fire. Weapons are guided by people,” the lawmaker said, adding that Russia, in the framework of the Collective Security Treaty Organization and other international organizations, insists on seeking a political solution to all existing conflicts.