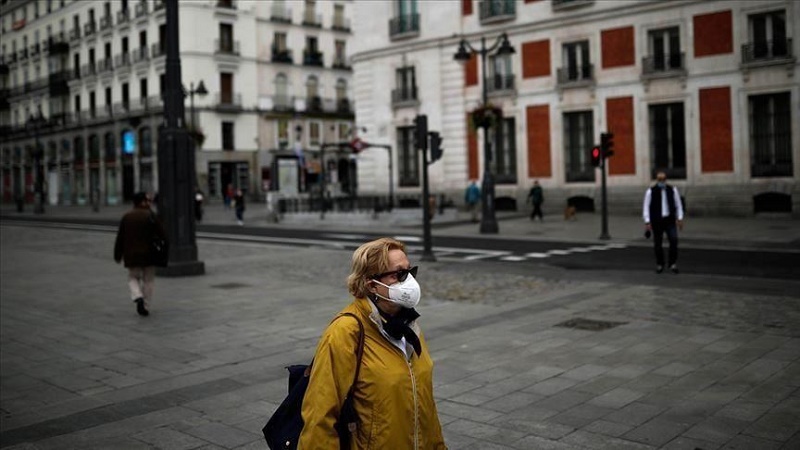 Spain’s Health Ministry announced on Monday that it will be scrapping its outdoor mask mandate and increasing capacity at sporting events from Thursday, News.Az reports citing Anadolu Agency.

In December, Spain’s health authorities opted to implement outdoor masking to bring down the unprecedented number of infections being caused by the omicron variant.

The measure triggered a debate among both the public and experts on whether or not outdoor masking was effective.

“We know that transmission of the virus outdoors is as much as 15 or 20 times lower than indoors… of all the possible measures, this one would have had one of the lowest impacts,” Spanish epidemiologist Quique Bassat told the Nius newspaper last week.

“It’s like telling people to put on a raincoat to prepare for a hurricane. Seems like a bad joke,” Alex Arenas, a physics professor, said.

Even so, masks have become ubiquitous on Spanish streets this winter.

But from Thursday, residents and visitors alike will not need to wear masks outdoors unless in large crowds.

Masks will still remain mandatory indoors, as they have since May 2020.

Spain’s Health Ministry also announced that capacity limits for large sporting events will also be increased. With the change, outdoor arenas will be able to fill 85% of seats, up from 75%, and indoor arenas will move from needing to leave half the chairs empty to just 25%.

The changes come as Spain’s infection rate remains high, with 2,300 infections per 100,000 people over the last two weeks, but has declined since its peak in mid-January.

In Spain, where 91% of the population older than 12 has been fully vaccinated and around 90% of those older than 50 have received a booster, authorities have floated the idea of treating COVID-19 like other viral infections such as the flu once this wave comes to a more definitive end.