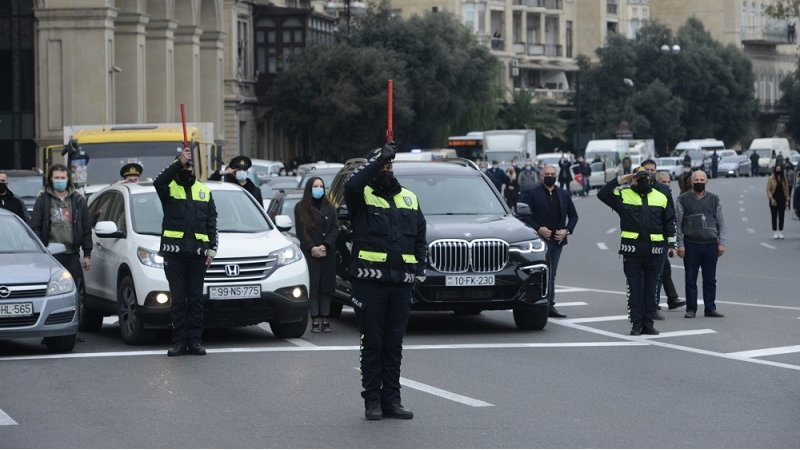 A state-wide moment of silence was observed for the Black January victims today at 12:00 (local time) across Azerbaijan. Ships, cars, and trains sounded sirens throughout the country to remember victims of the January 20, 1990 tragedy.

In connection with the Day of National Mourning, the national flag lowered on Azerbaijan’s state agencies, diplomatic corps abroad, as well as in military units.

Azerbaijan commemorates the victims of the 20 January tragedy.

The entry of the combat units of the Soviet army into Baku on January 20, 1990, to suppress large-scale demonstrations of the masses, protesting against the aggressive actions of Armenia and its territorial claims against Azerbaijan, against its patronage from the leadership of the former USSR, led to an unprecedented tragedy.

January 20, 1990, became a heroic page in the history of the struggle for independence and territorial integrity of Azerbaijan.