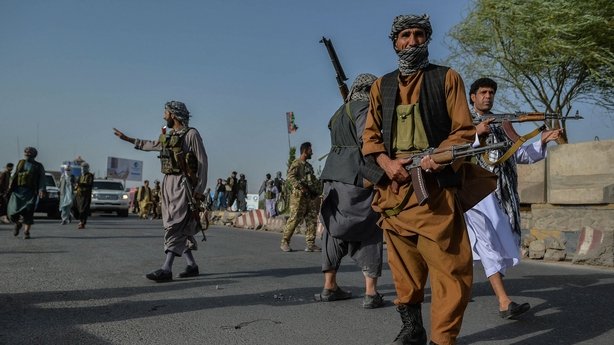 The Taliban radical movement (outlawed in Russia) currently controls up to 65% of Afghanistan’s territory, with pro-government troops being seriously weakened by the withdrawal of US and NATO troops, an EU official told reporters at a briefing on Tuesday on the condition of anonymity, TASS reported.

"At present, the Taliban controls about 65% of the country’s territory. Capabilities of the Afghan armed forces have been seriously limited due to the withdrawal of Western military, who trained and helped the Afghan army," he said.

In his words, Afghan special forces, comprising about 75,000 servicemen, are currently fighting against the Taliban movement. According to the official, those forces have the highest combat efficiency in the country, and were the focus of NATO instructors. Overall, about 180,000 people are currently in service with the armed forces of Afghanistan.

According to the official, the withdrawal of US and NATO troops seriously undermined the morale of the Afghan National Defense and Security Forces (ANDSF) and their supply chains. He also said that the country’s Air Force often fails to provide aerial support during special operations due to logistical problems. Taliban’s attacks on military facilities and checkpoints have intensified as militants are no longer afraid of Western troops. Very often, ANDSF servicemen lack training and combat experience to repel those attacks.

The European diplomat said the EU is set to continue supporting Kabul as part of its police training program. Brussels will provide financial assistance to support Afghanistan’s law enforcement services.

The Tolo News TV channel reported earlier on Tuesday that Taliban had seized a larger part of Farah, the administrative center of the eponymous province in western Afghanistan.

US President Joe Biden said on April 14 he had decided to end the operation in Afghanistan, the longest foreign military campaign in the US history, and to pull out American troops by September 11.

The US operation in Afghanistan has been ongoing since October 2001. At its peak in 2010-2013, the number of foreign troops in the country exceeded 150,000 soldiers. The main operational forces of the US and NATO were withdrawn from Afghanistan in 2014.