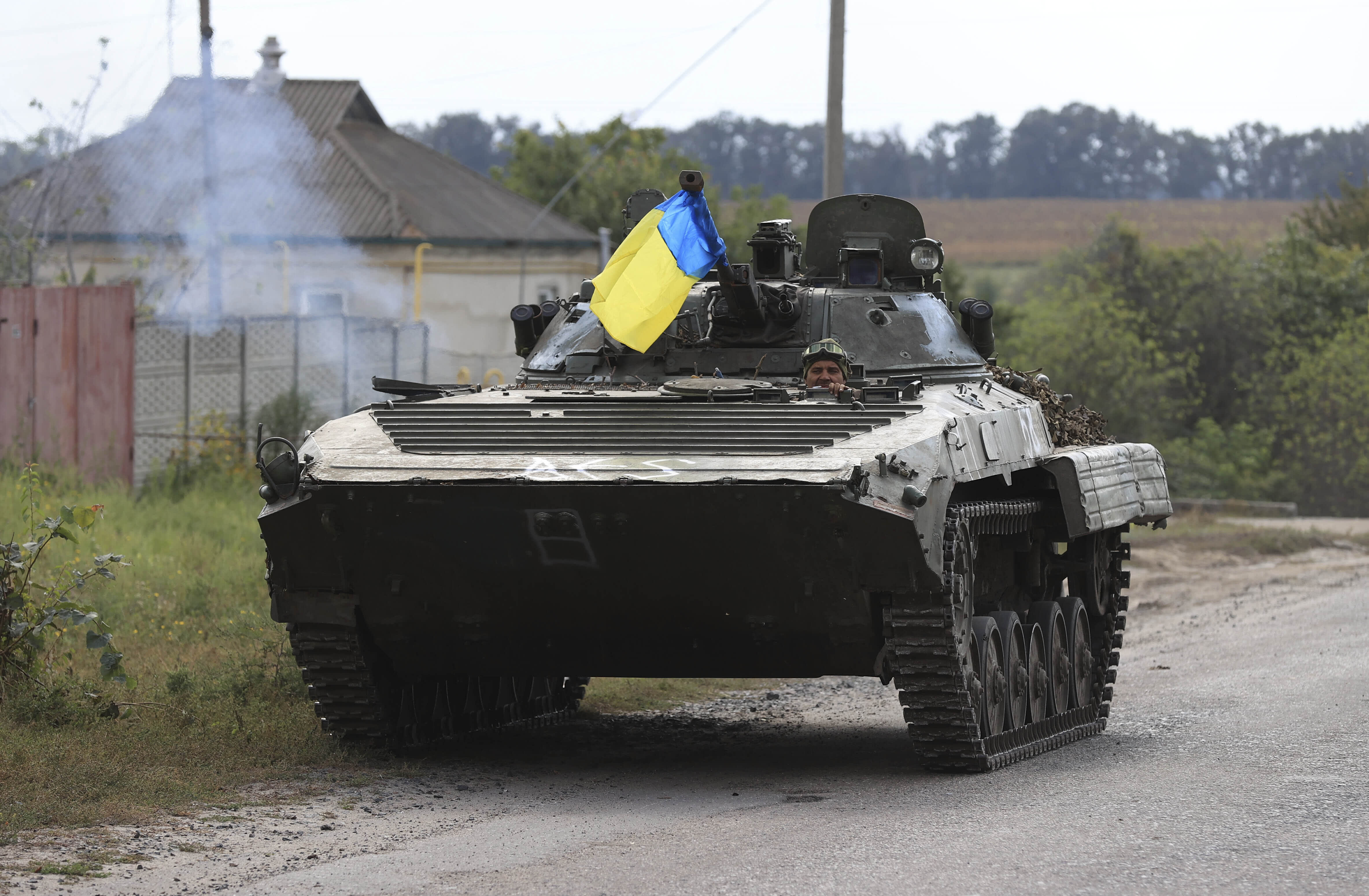 Ukrainian officials shared photos on Saturday showing troops raising the nation's flag over the main railway city that has supplied Russian forces in northeastern Ukraine, as a collapse in Russia's frontline threatened to turn into a rout, News.az reports citing UNIAN.

A Reuters journalist inside a vast area recaptured in recent days by the advancing Ukrainian forces saw Ukrainian police patrolling towns and boxes of ammunition lying in heaps at positions abandoned by fleeing Russian soldiers.

With Ukrainians now having reached the city of Kupiansk, where rail lines linking Russia to eastern Ukraine converge, the advance had penetrated all the way to Moscow's main logistics route, potentially trapping thousands of Russian troops.

Natalia Popova, adviser to the head of the Kharkiv regional council, shared photos on Facebook of troops holding up a Ukrainian flag in front of Kupiansk city hall. A Russian flag lay at their feet. "Kupiansk is Ukraine. Glory to the armed forces of Ukraine," she wrote.

In Hrakove, one of dozens of recaptured villages, Reuters journalists saw burnt out vehicles bearing the "Z" symbol of Russia's invasion, and piles of rubbish and ammunition in positions the Russians had abandoned in evident haste.

"Hello everyone, we are from Russia," was spraypainted on a wall.

Three bodies lay in white body bags in a yard.

The regional chief of police, Volodymyr Tymoshenko, said Ukrainian police had moved in the previous day, and had checked the identities of local residents who had lived under Russian occupation since the invasion's second day.