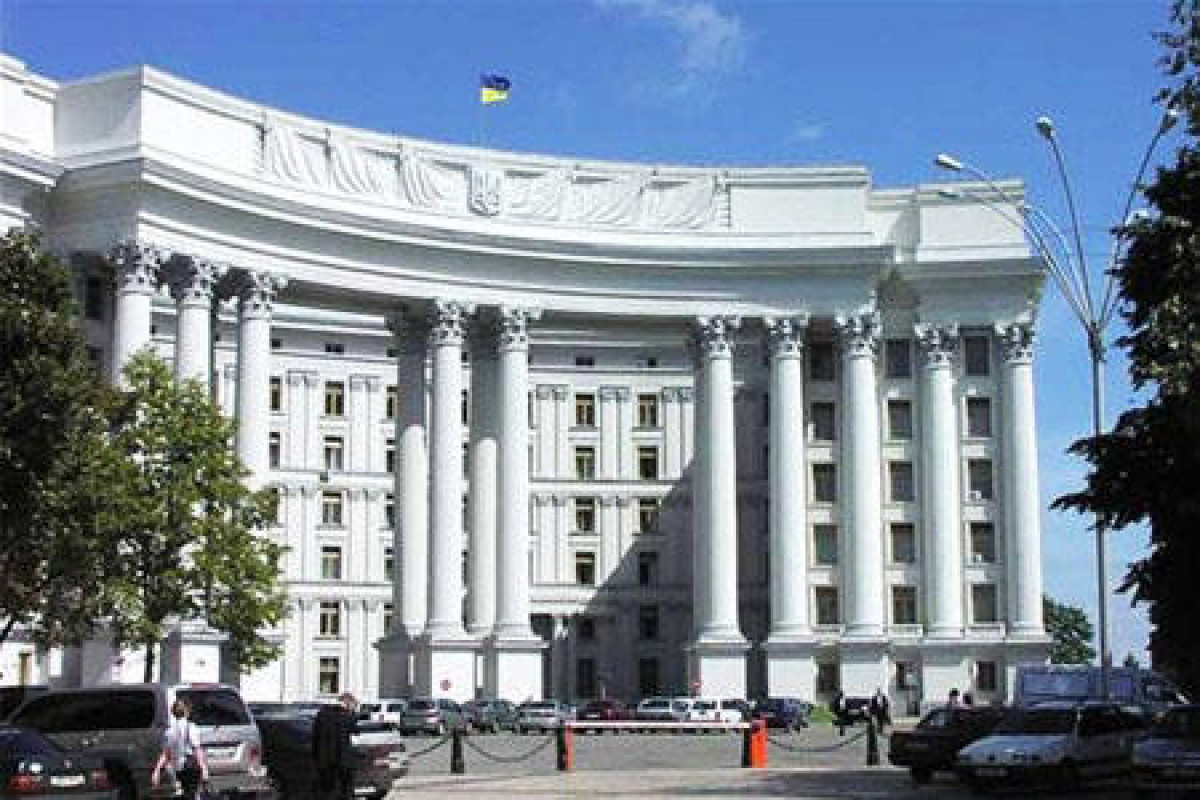 The Ministry of Foreign Affairs of Ukraine issued a statement on the bombing of the drama theatre in Mariupol by Russian armed forces, News.az reports citing the press service of the Ukrainian MFA.

The statement reads that the armed forces of the Russian Federation continue targeting civilian infrastructure objects in Ukraine with missiles and bombs in breach of the norms of international law, particularly of humanitarian law: "On 16 March, Russian air force dropped a powerful bomb on the building of the drama theatre in Mariupol. The theatre building served as shelter for hundreds of Mariupol residents who had lost their homes as a result of Russian armed forces bombing and shelling the city.

The bomb strike demolished the central part of the theatre building, causing large numbers of people to be buried under the debris. The assessment of the exact number of persons affected is currently impossible due to ongoing shelling.

By delivering a purposeful bomb attack to the place of mass gathering of civilians Russia has committed another war crime.

This crime was concurrent with the President of the International Court of Justice proclaiming the ruling that obligates Russia to stop all warfare in the territory of Ukraine immediately.

Putin’s regime has long since crossed the line of humanity. The Ukrainian diplomats will make their best efforts to ensure that each person involved in this and hundreds of other crimes against Ukrainians receives punishment.

We call on the international community to intensify pressure on Russia through sanctions to stop the atrocities perpetrated by the Russian armed forces in Ukraine, as well as to continue providing our country with support towards defence of the Ukrainian people."