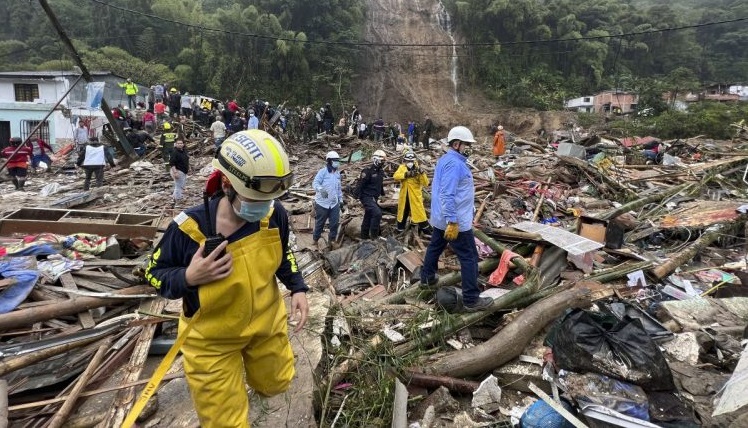 At least 14 people were killed and 30 others injured in a landslide in the town of Dosquebradas in the western Colombian department of Risaralda, local authorities confirmed Tuesday, News.Az reports citing Xinhua.

"There are 14 people dead, among them two minors, and more than 30 people injured, some very seriously," said Alvaro Arias, secretary of the government of Pereira, the capital city of the department.

The official also said that there were several people still missing after the landslide, which occurred early Tuesday morning.

Governor of Risaralda Victor Manuel Tamayo explained that heavy rains in the last few days caused the landslide, destroying houses along its path.

"An evacuation and relocation process must be carried out," Tamayo said, due to the risk of more landslides.

Search and rescue personnel from the Police, Civil Defense, Army, Fire Department and the State Office for Disaster Risk Management, among others, were at the disaster site.