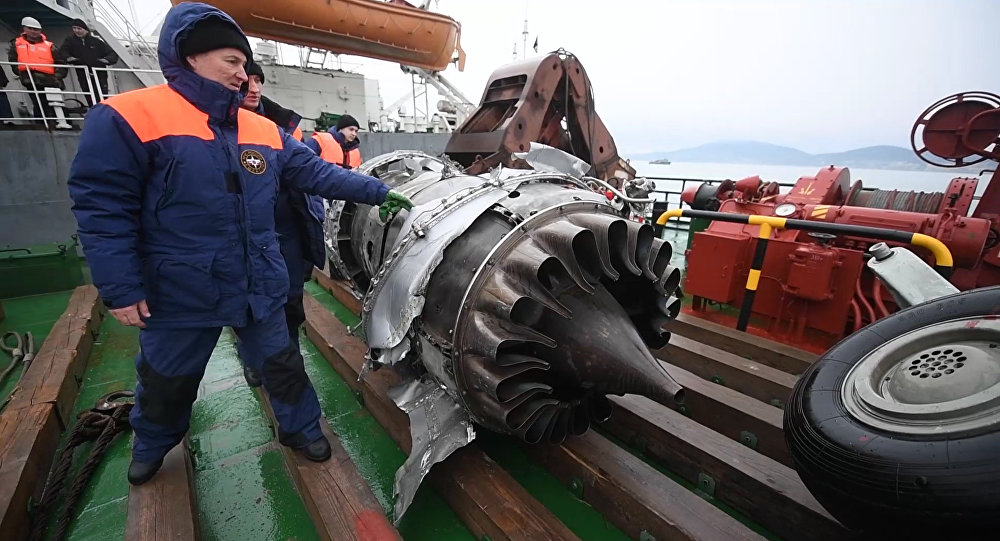 Experts have not found any traces of a possible terrorist attack having analyzed fragments of the Tu-154 plane lifted up from the water, the Russian Kommersant newspaper reports.

On Tuesday, The Russian Defense Ministry stressed that the cause of the Tu-154 crash had not been established, contrary to some media reports. The Kommersant newspaper said on Thursday citing a source that no traces of a "criminal explosion" had been found during a special expert study of the aircraft’s fragments lifted up from the Black Sea. On December 25, the Russian Defense Ministry's Tu-154 plane heading from Moscow to Syria crashed shortly after refuelling and take-off from the Russian southern city of Adler, near Sochi. The plane was carrying 92 people, including eight crew members, 64 musicians of the Alexandrov Ensemble, nine reporters, head of Spravedlivaya Pomoshch (Fair Aid) charity Elizaveta Glinka, and two federal civil servants. None of them survived the crash. According to Kommersant, investigators are now focusing on any possible mistakes of the crew as the potential cause of the crash.