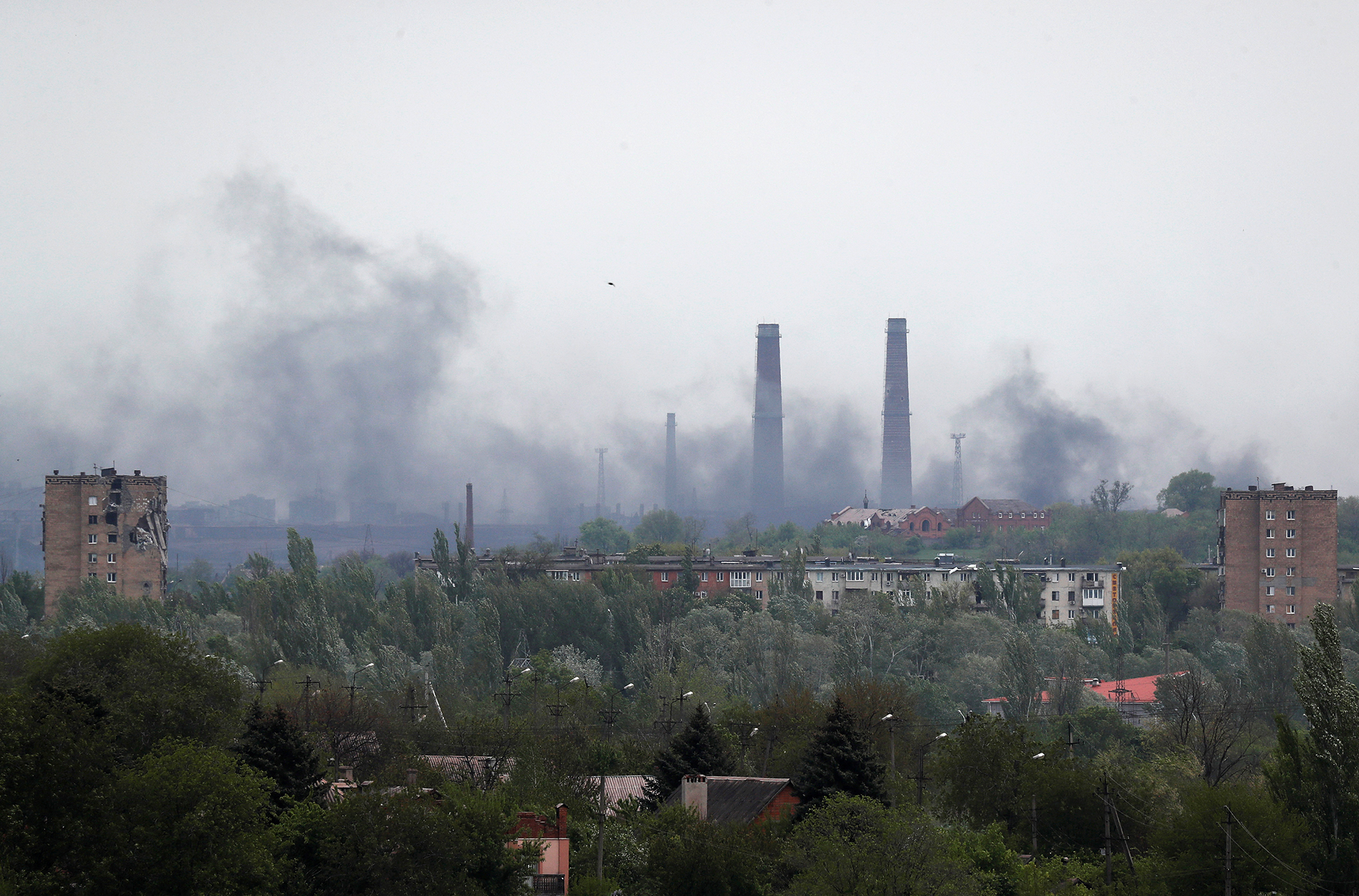 "Difficult negotiations are underway, and they are still going on at this time, in order to save the defenders — gradually — because the Russian Federation is trying to dictate its conditions and requirements as much as possible. Therefore, in the first place, it will be seriously wounded fighters," he said.

Kyrylenko echoed the comments of Ukraine's Deputy Prime Minister Iryna Vereshchuk that the Ukrainian side would not offer detailed comments about the process.

"We have to talk about it only when people will be safe. Only then we shall give any comments. Negotiations are ongoing and they are really very difficult. Because, first, the Russian Federation always changes them [the conditions]. And even those agreements that are reached are not a 100% agreement with Russia," he explained.

In the meantime, he said, the Russians continued to attack Avozstal from the air. "These are heavy, vacuum, high-explosive bombs," the official said.

Vereshchuk has also been speaking about the Azovstal negotiations, apparently seeking to tamp down expectations.

"There are no miracles in war. There are harsh realities. Therefore, only a sober and pragmatic approach works," she said Friday. "The team is working. Negotiations with the enemy are very difficult. The result may not please everyone. But our task is to get our boys out. Everyone. Alive."