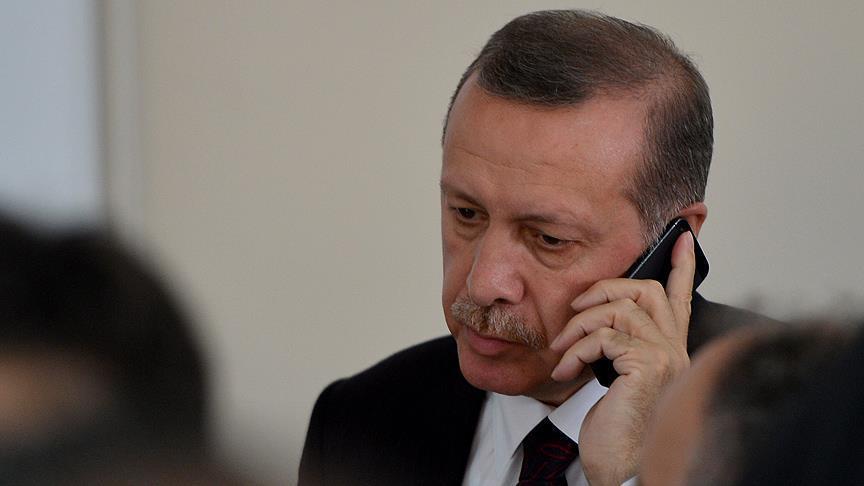 Turkish President Recep Tayyip Erdogan made a phone call to the Turkish troops in Iraq's Bashiqa camp on Sunday, praising them for “standing against oppression”

"You have caused great distress for Daesh there [...]. Neutralizing nearly 1,300 Daesh terrorists in the Syrian fight has shown the might of the Turkish soldiers," the president said, according to presidential sources who spoke on condition of anonymity, Anadolu Agency reported.

Turkey has a longstanding military training mission at Camp Bashiqa, where Turkish soldiers have trained both Peshmerga fighters and local tribal volunteers in combat techniques.

In recent months, the mission’s presence in Mosul in northern Iraq has led to tension between Baghdad and Ankara amid calls by some Iraqi lawmakers for Turkish troops to withdraw.

Baghdad stated that its stance on the camp was unchanged and reiterated its call on Turkey to start its military withdrawal process while Ankara said it respects Iraq’s territorial integrity and national unity.

In remarks made Saturday in Iraq, Turkish PM Binali Yildirim said: “Your recent statement stating that ‘we will not allow the PKK to threaten Turkey from Iraqi territories’ is of great importance to us.”

About Turkey's military presence in Iraq’s Bashiqa, Yildirim said: “Turkey is in Bashiqa not arbitrarily but out of necessity.”