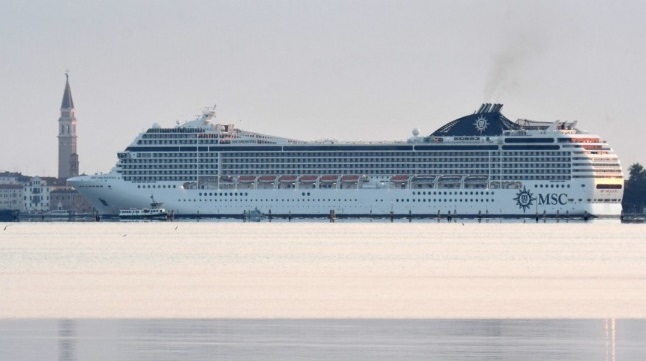 A cruise ship has arrived in Venice for the first time since the Covid pandemic began, despite a ban on such vessels entering the city's historic centre, BBC reports.

The MSC Orchestra is due to pick-up about 650 passengers on Saturday for a Mediterranean voyage.

All of them must produce negative Covid tests before they are allowed to board.

But environmental protesters are planning a rally, saying cruise ships are eroding the foundations of the historic Italian city.

A rival demonstration is also expected on Saturday in support of the resumption of the tourist season.

In a separate development, celebrities and cultural figures - including Mick Jagger and Francis Ford Coppola - have signed an open letter calling for a complete ban on large vessels docking in Venice.