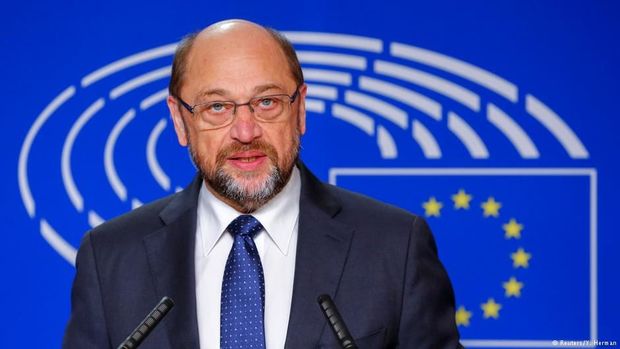 Schulz faces an extremely tough job to oust Merkel, whose conservatives lead the SPD in opinion polls by up to 15 percentage points.

The nomination followed party leader Sigmar Gabriel's decision to stand aside for Schulz, a move that shows the SPD is serious about ending its role as a junior partner in Merkel's current right-left coalition after the Sept. 24 vote.

Opinion polls suggest Schulz, 61, has a better chance than Gabriel - though still very small - of unseating the conservative Merkel, who has led Germany since 2005 and is Europe's most powerful leader. Her grand coalition with the SPD has governed Germany since 2013.

Asked during a news conference at the SPD headquarters in Berlin to explain his decision to make way for Schulz, Gabriel said: "Because he has a better chance".

Schulz has taken a tough stance against right-wing populism across Europe and will fight for social justice and democracy, Gabriel added.

The party is expected to confirm Schulz's candidacy as well as his leadership of the party at a meeting on Sunday.

However, Schulz faces an extremely tough job to oust Merkel, whose conservatives lead the SPD in opinion polls by up to 15 percentage points.

"This country needs a new leadership in these difficult times," Schulz said, warning that European societies were being torn apart by populism.

Earlier, Gabriel made a rare attack on Merkel and her insistence on financial austerity during the euro zone crisis.

"The policies of Angela Merkel and (Finance Minister) Wolfgang Schaeuble have no doubt contributed to the deep crises in the EU since 2008, to the isolation of a dominant German government and through a relentless insistence on austerity, to high unemployment outside Germany," he said in a statement.

This has boosted anti-European populist parties, he added.