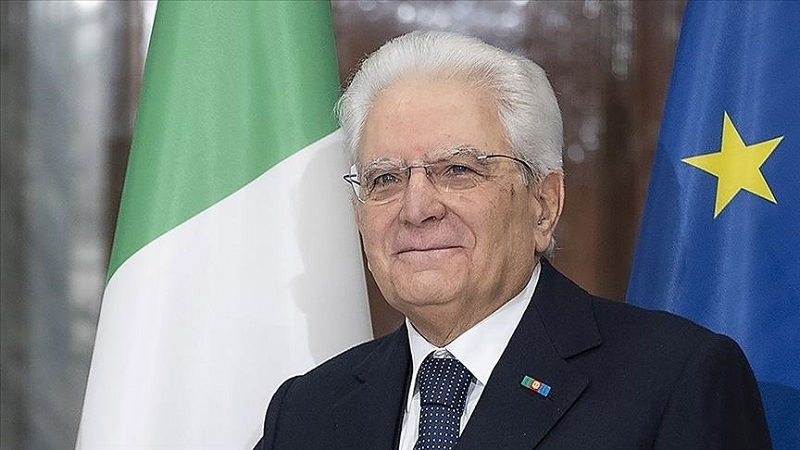 In a last-minute bid to try to solve Italy’s political impasse, the nation’s leader asked the Lower House speaker to explore the possibility to revive the collapsed ruling coalition, mediating between the conflicting parties.

After three days of consultations with Italian party leaders, President Sergio Mattarella resorted to Roberto Fico Friday to verify if there is a chance to build up a wide-enough parliamentary majority that could support a new coalition government. Mattarella asked Fico to report back to him on Tuesday.

“It’s necessary to set up a government as soon as possible, with an adequate parliamentary support,” Mattarella told reporters at the Quirinale Palace, stressing that Italy is facing a triple emergency, going through a sanitary, social and economic crisis.

Italy was plunged into a sudden government crisis earlier this month after former Prime Minister Matteo Renzi pulled his tiny Italia Viva party from the ruling coalition, stripping it of an already fragile majority in the Senate.

Renzi has repeatedly clashed with Conte over his handling of the COVID-19 pandemic and his economic policies, attacking the premier’s plans on how to spend more than €200 billion ($242.7 billion) earmarked by the EU to support Italy’s moribund economy.

With his majority split by Renzi’s exit, Conte tried to court independent and opposition lawmakers to replace Italia Viva’s senators, but did not succeed and was forced to step down to avoid a defeat in parliament.

Now, if Conte wants to obtain a third mandate to form a new government, he will likely have to resort again to Renzi’s help, which makes his mission almost impossible.

Renzi, from his side, has never ruled out a possible agreement with his former coalition partners, which would include the populist Five Star Movement. The latter, after making clear it did not want to have anything to do with Renzi again, in a surprise move on Friday left the door open to a possible alliance including Italia Viva.