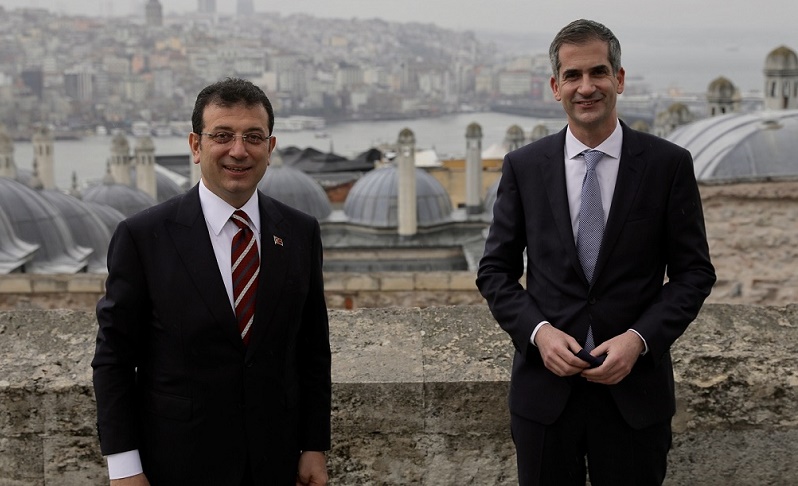 Friendship and cooperation should be fostered between Greece and Turkey in order to tackle common challenges, the respective mayors of Athens and Istanbul, Kostas Bakoyannis and Ekrem Imamoglu, said after talks here on Tuesday, Xinhua reports.

Imamoglu is currently on a two-day official visit to the Greek capital. In May, Bakoyannis visited Istanbul and the two mayors signed a memorandum of understanding and cooperation on culture and tourism, Greek national news agency AMNA reported.

The two mayors were received by Greek Prime Minister Kyriakos Mitsotakis on Tuesday, and they discussed cooperation in fields of common interest such as culture and the challenges of climate change, according to the Greek PM's office.

"The longest trips start with a single step. We have built a bridge between our cities, a bridge ready for people of Athens and Istanbul to cross," Bakoyannis said during a press conference.

Greece and Turkey have had long-standing differences (over borders), but should join forces for the common interest, he said.

"There are global problems and questions raised in our times and we are called to give local solutions and answers. Their quality and effectiveness can set a global example, contributing to common knowledge for the common good," he added, highlighting the significance of city diplomacy.

"We believe that Athens and Istanbul can build a bridge of peace," he said, adding that there is no other option than promoting Turkey-Greece friendship.