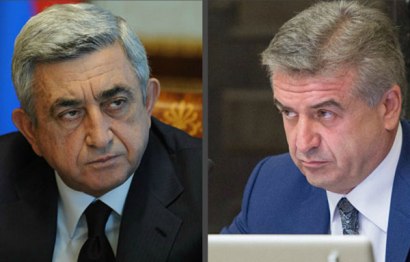 He said appointing Karapetyan as PM was one of the most wrong decisions of his presidency, according to Zhamanak (Time) newspaper.

“It was after this that it was decided to put the matter of a certificate regarding Karen Karapetyan’s 5-year continuous residence in the RA [which is required to be able to run for a parliamentary seat in the country] on the agenda, and, with its misuse, to see to it, at any cost, that Karen Karapetyan will not be on the RPA [i.e. the ruling Republican Party of Armenia] election list and be deprived of the opportunity to be elected [MP in the parliamentary election slated for April 2],” wrote Zhamanak.