Over 33 million people affected by floods in Pakistan 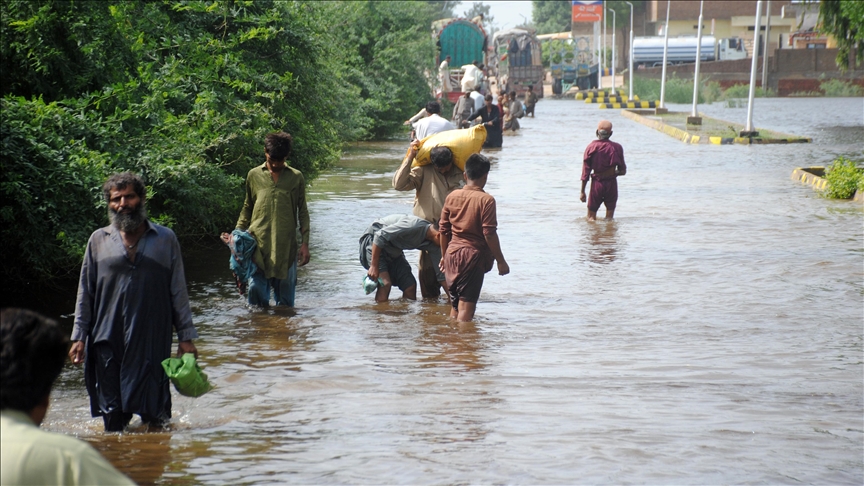 Over 33 million people and 72 districts have been affected by the ongoing calamity of floods in Pakistan caused by this season's monsoon rains started in mid-June, the country's National Disaster Management Authority (NDMA) said, News.Az reports citing Xinhua.

According to a report released by the NDMA late Sunday night, the country's southern Sindh province remained the worst-hit region as 23 of its districts and over 14.5 million people have been affected by the floods.

The report added that southwest Balochistan was the second most affected province, with more than 9 million of its population and 31 districts suffered.

The country suffered a 188 percent increase in rainfall throughout this season till Aug. 28, in comparison to the average rainfall over the last three decades, the report said, adding that the 30-year-average rainfall in Pakistan had been 135mm while during this monsoon it went up to 390mm.

The NDMA said that Sindh province recorded a 470 percent increase in rainfall, with 697mm this season compared to 122mm of average rainfall in the last 30 years, followed by Balochistan province which witnessed a 411 percent increase.