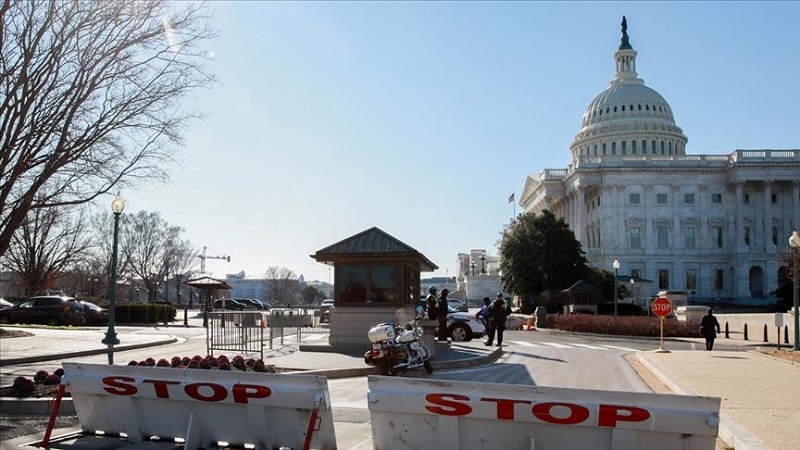 A Republican congresswoman drew criticism from her fellow lawmakers on Friday for quoting Adolf Hitler the day before violent Capitol riots in the US.

Rep. Mary Miller of the state of Illinois, who was elected to the House of Representatives on Nov. 3 elections, said Tuesday "Hitler was right on one thing. He said, 'Whoever has the youth has the future.'"

"This is the battle," she said during an event by the conservative group "Moms for America" on Tuesday when supporters of outgoing President Donald Trump started their demonstrations in Washington D.C.

Miller's remarks about Hitler, who organized youth groups to introduce children to Nazi ideologies before and during World War II, drew harsh criticism from other politicians, both Democrats, and Republicans.

Democratic Senator Tammy Duckworth, who also represented Illinois's 8th district in the House from 2013 to 2017, called on Miller to resign, four days after she swore the oath of office.

"It is absolutely repugnant, obscene and unacceptable for any American – let alone a supposed ‘leader’ serving in Congress – to claim Adolf Hitler was right about anything," said Duckworth.

Republican Rep. Tim Butler of Illinois wrote on Twitter, "Our elected officials must not normalize, validate, or support Hitler's memory, quotes, ideology, etc," as he shared a photo of his father's Bronze Star that was awarded during World War II in Europe.

"That language is wrong and disgusting. We urge Congresswoman Miller to apologize," Tim Schneider, Chairman of the Illinois Republican Party said Thursday in a statement.

Illinois Democratic Governor JB Pritzker, who is Jewish, called the remarks "unfathomable" and told reporters Wednesday "Let me be clear: Hitler got nothing right. This reprehensible rhetoric has no place in our politics."

"One might expect this from white supremacists or neo-Nazis, but hearing the words 'Hitler was right' from the mouth of a member of the United States Congress is beyond acceptable behavior by any standards," Ronald Lauder, the group's president, said in a statement.