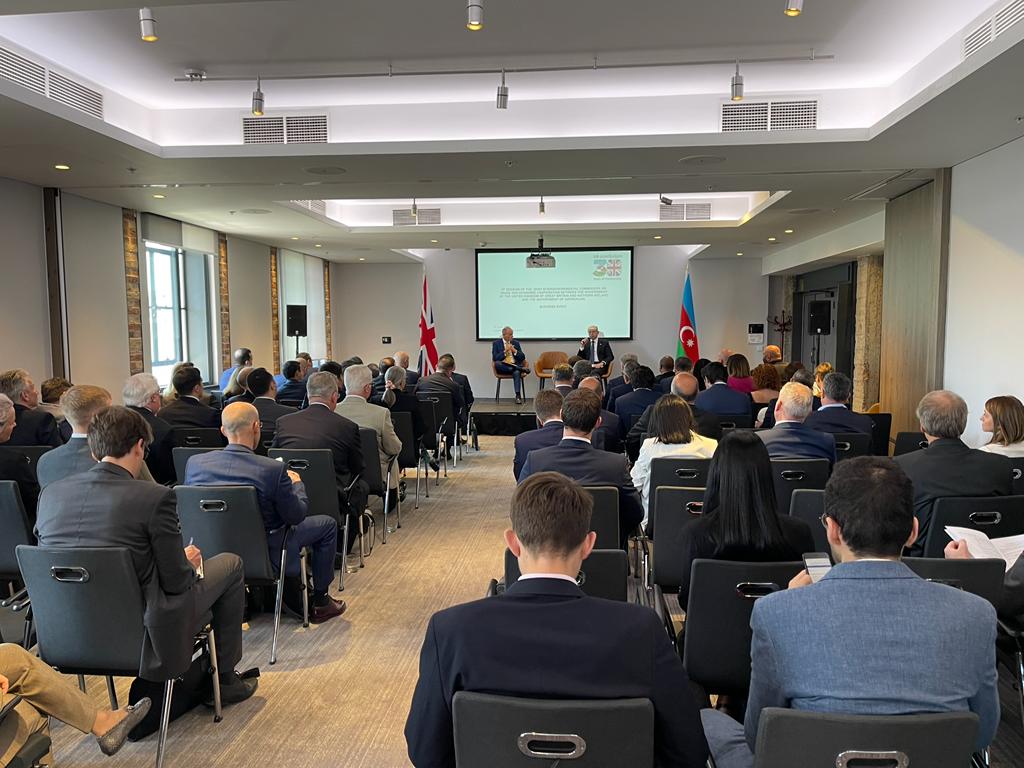 On Tuesday, London hosted an event on the role of business circles in achieving trade and economic priorities of Azerbaijan and the United Kingdom, the Azerbaijani Energy Ministry told News.Az.

The event took place on the sidelines of the 5th session of the Joint Intergovernmental Commission on economic cooperation between Azerbaijan and the United Kingdom.

At the event attended by business representatives of both countries, the co-chairs of the Intergovernmental Commission Parviz Shahbazov, Azerbaijani Minister of Energy, and Mike Freer, UK Minister for Exports spoke about business opportunities and the activities of the Azerbaijani-British Chamber of Commerce to support economic partnership.

Minister Shahbazov noted in his speech the opportunities for the expansion of economic partnership between Azerbaijan and the UK based on long-term achievements and mutual trust in the context of our country's modern development course and international assessments. It was noted that the independent strategic course implemented by the President of Azerbaijan Mr. Ilham Aliyev, the policy changing the landscape of the region and the development strategy in accordance with Azerbaijan 2030: National priorities for socio-economic development opens the way for the sustainable development of our country: “The main focus of this development course is on reforms, diversification not only of the energy sector, but of the economy as a whole. All this is already bearing fruit. Thus, in the UN Sustainable Development Report 2022, Azerbaijan scored 73.5 out of 100 possible points, and ranked 50th among 163 countries. The geographical position and favorable business environment of Azerbaijan, which has become the economic and transport center of the South Caucasus, contribute to the attraction of foreign investment to our country.”

As an example of the growing interest of foreign investors, the minister spoke about 500 MW wind and solar power plants with an investment value of more than 470 million USD, as well as 1 GW onshore solar and 1 GW onshore wind energy, 2 GW integrated offshore wind and green hydrogen projects, on which the cooperation began with Masdar. It was emphasized that these projects are equivalent to about half of the total production capacity of our country:

“Through these projects, billions of green foreign investments will be attracted to our country, which testifies to Azerbaijan's confidence in the role of a reliable partner who values investments and protects them. Now we are seeing foreign direct investment in the renewable energy sector. We are pleased to cooperate with bp in the field of green energy. There is great potential for British companies to participate in urban development, infrastructure development, implementation of renewable energy projects, as well as in the use of offshore wind energy in the Caspian Sea and decarbonization in the liberated areas declared as the green energy zone.”

The advantages of the Alat Free Economic Zone were also highlighted as one of the favorable areas for investment. It was also noted that with the opening of the Zangazur corridor will create additional opportunities for new cooperation. It was noted that the main conditions necessary for investors are security, stability, guarantee and reliability of investments. The existence of all these factors in Azerbaijan is also sufficient for British companies to establish new partnerships.

Within the meeting, panel discussions on business activities in Azerbaijan, as well as round tables on energy transition, technology, infrastructure, health and agriculture were organized. As well as, the exhibition dedicated to free economic zone and investment opportunities was held with the participation of the Alat Free Economic Zone and the Export and Investment Promotion Agency of the Republic of Azerbaijan (AZPROMO). 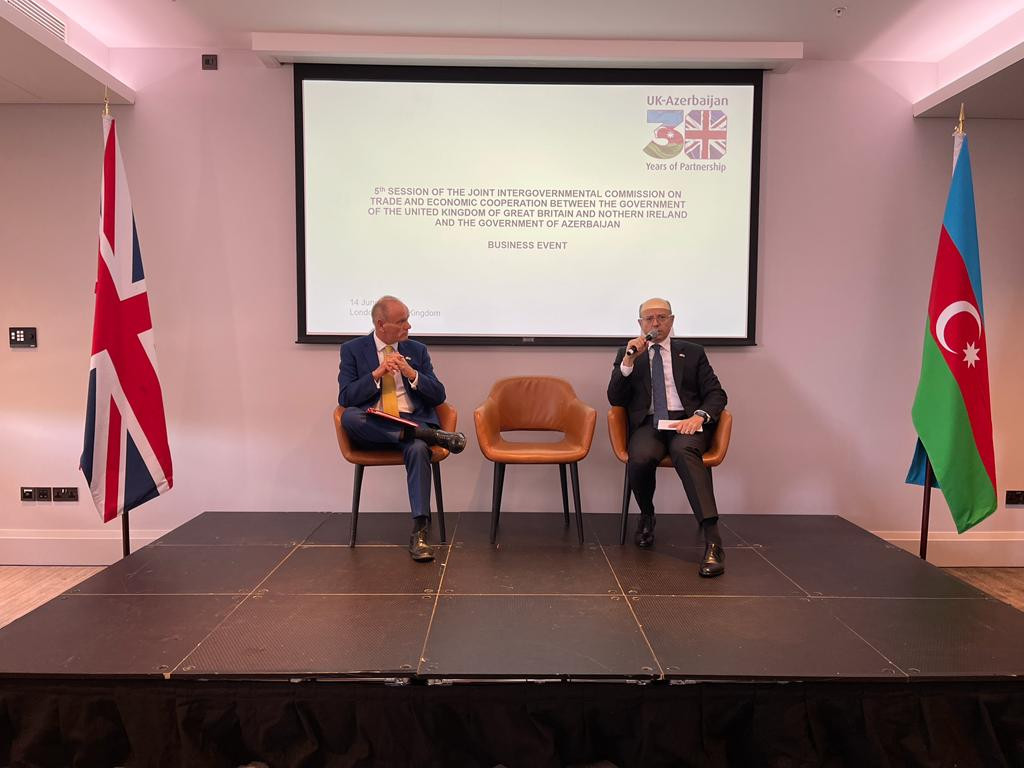 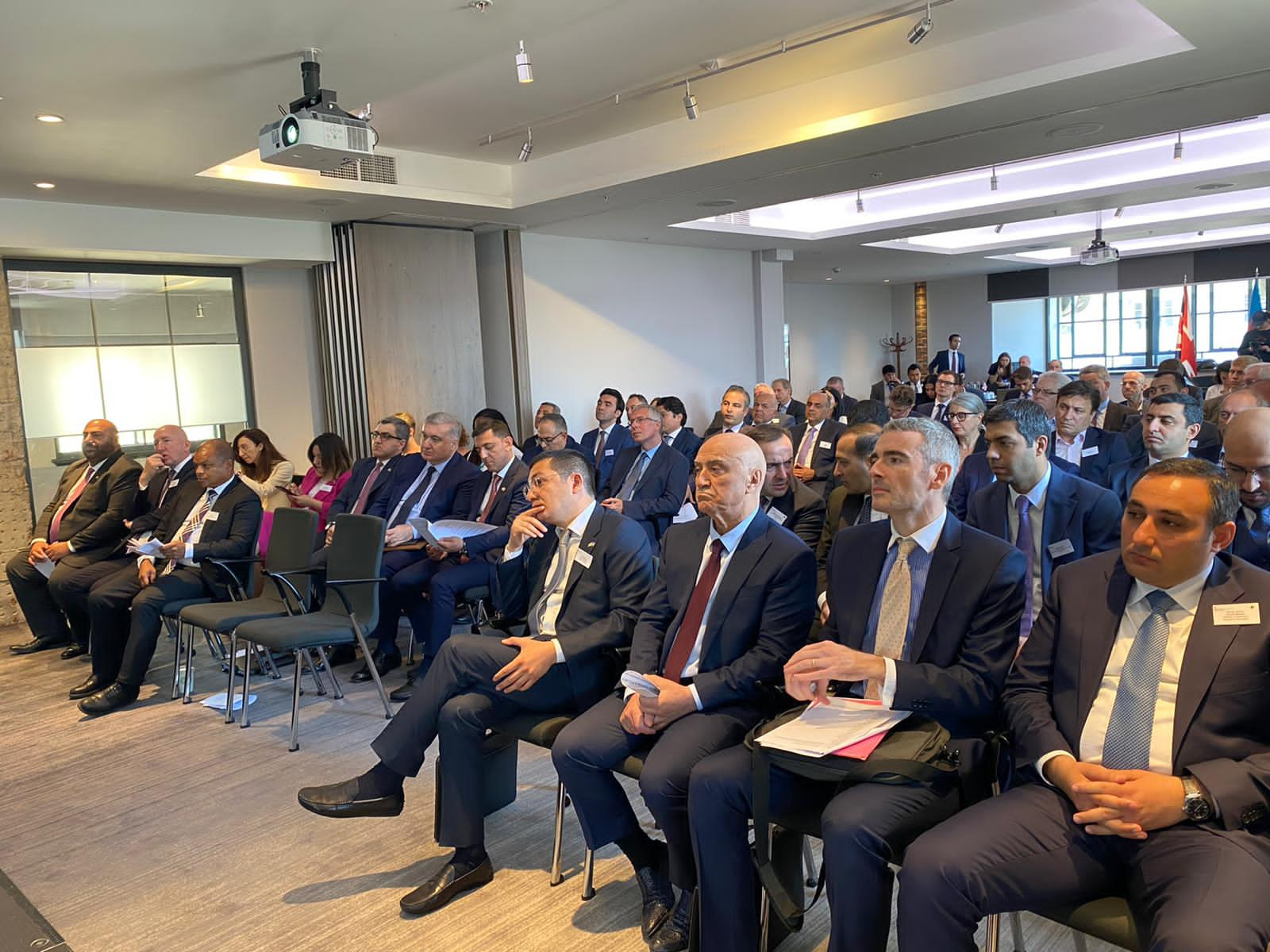