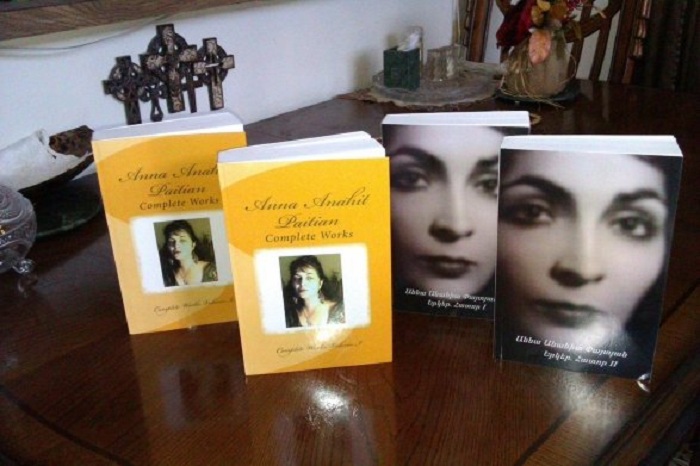 The people who support fascist general Nzhdeh Garegin are against the God and the people who support Serj Sargsyan also support the Evil, according to AzVision. Whoever thinks that Armenians should be murderer of Azerbaijani people and this behavior can be presented as an example of patriotism, should be executed by shooting without any prosecution, she posted on her Facebook account, AzVision.az reports citing Virtualaz.org.

`A genocide committed in Khojaly town of Azerbaijan. Killers who support Nzhdeh should respond to the crimes. They are not soldiers but criminals and murderers. Levon Ter-Petrosyan, Vazgen Sargsyan, Robert Kocharyan, Serzh Sargsyan, Arabo Military Group - all these are the murderers of the women and children`, the writer said in her statement.

Anna Payatyan has also remembered the barefaced statement of Serj Sargsyan on the Khojaly Genocide.

`I am presenting the shameless and impudent statement made by the Armenian President Serj Sargsyan: `Before Khojali, the Azerbaijanis thought that they were joking with us, they thought that the Armenians were people who could not chop up the children on pieces. We were able to break that stereotype.`Bastard!!! I demand their prosecution even after they have died. They have to be prosecuted for the crimes against the people and humanity. These bastards supporting the fascist Nzhdeh tarnished the reputation of the Armenian people!!!`, the Armenian writer stated furiously.

Armenian military units, with the help of the 366th Motorized Rifle Regiment of the USSR based in Khankendi attacked on Khojaly on February 25, 1992. 2500 Khojaly residents, who remained in the encircled town, began to move towards Aghdam. But Armenians attacked on them from ambush. 63 children were brutally murdered. Only 56 children`s identity have been defined so far. 613 civilians, 106 women and 70 old people were killed atrociously, 8 families were killed, 25 children lost both of their parents, 130 one of them, 487 were wounded (76 of them are children), 1275 were captured, 150 were missing.