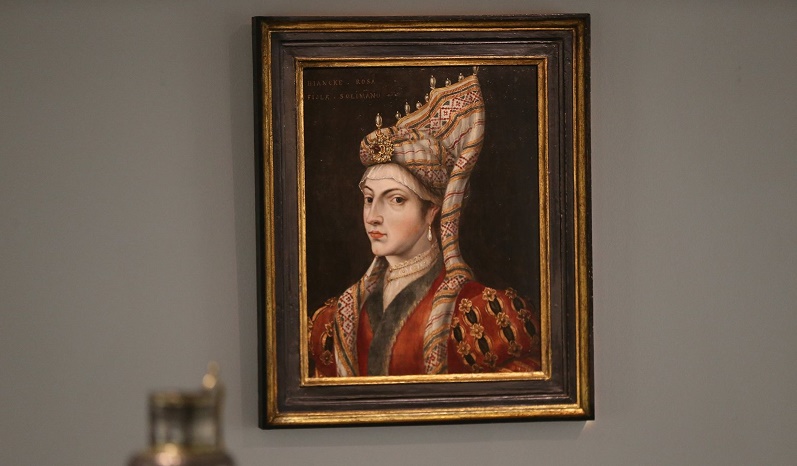 Sotheby’s will celebrate the achievements of artists and craftsmen from the Islamic world with a new auction on Oct. 27. As part of the “Arts of the Islamic World & India” auction, an oil portrait of Hürrem Sultan, Ottoman Sultan Suleiman I's wife who was also known as Roxelana in the West, will go under the hammer.

The painting of Hürrem Sultan is from the late 16th-early 17th century. “We’re thrilled to have this painting of Roxelana who was the wife of Suleiman I, also known as Suleiman the Magnificent. She started off as a concubine in his harem and rose amongst the ranks to become one of the most powerful women at the court, so she’s incredibly inspirational,” Sotheby's Deputy Director Alexandra Yasmina Roy told Anadolu Agency (AA).

Sultan Suleiman I, who stayed in power for 46 years, was one of the greatest sultans that ever ruled the Ottoman Empire. He was known as “the Lawgiver” in the east for his just administration of a huge empire that stretched to the Persian Gulf. Originally from what is now western Ukraine, Hürrem Sultan entered Sultan Suleiman I’s harem and quickly became his favorite. Sultan Suleiman broke convention by marrying her and they had four children.

The items in question are two extraordinary pairs of Mughal spectacles from the 17th century – one with emerald lenses and the other with diamond lenses.

They were originally made from gemstones that would have weighed more than 300 and 200 carats, respectively. Their origins can be traced to the Muzo mines in Colombia.

“These were the most famous emerald mines in the 17th century,” Roy said.

The diamond lenses most probably came from the famous Golconda mines of southern India.

“It’s inconceivable today to make anything like that,” Roy said. “For me, they are invaluable in a certain sense.”