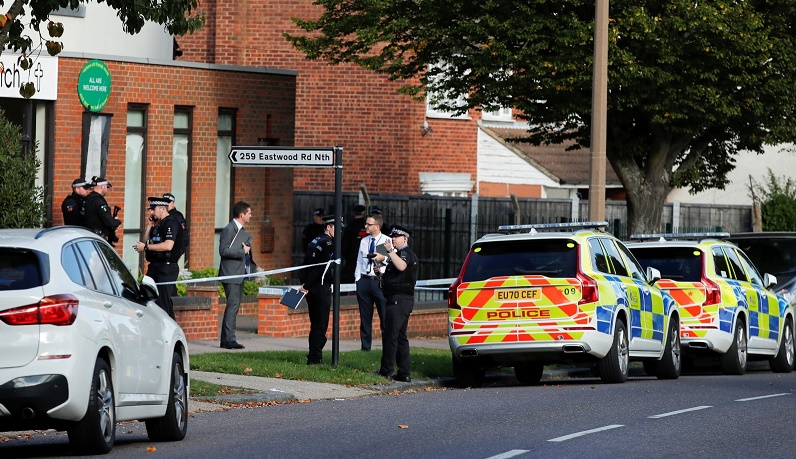 British Conservative lawmaker David Amess has died after being stabbed Friday during a meeting with constituents at a church in eastern England. A 25-year-old man has been arrested, AP reports.

The Essex Police force said officers were called to reports of a stabbing in Leigh-on-Sea just after noon Friday. It said “a man was arrested and a knife recovered.

“We are not looking for anyone else in connection with the incident and do not believe there is an ongoing threat to the wider public," police said.

The force said later that a man injured in the stabbing had died. It did not release his name. The suspect is being being held on suspicion of murder, police said.

Sky News and others said Amess was attacked during a regular meeting with constituents at Belfairs Methodist Church in a residential area of Leigh-on-Sea, a seaside town east of London.

Aerial footage showed several ambulances and an air ambulance was waiting nearby to the church.

John Lamb, a local councilor, said Amess had not been taken to hospital more than two hours after the attack and the situation was “extremely serious.”

Amess, 69, had been a deputy for Southend West, which includes Leigh-on-Sea, since 1997, but has been a lawmaker since 1983. He was a well-liked member of parliament, best known for his ceaseless campaign to have Southend declared a city.