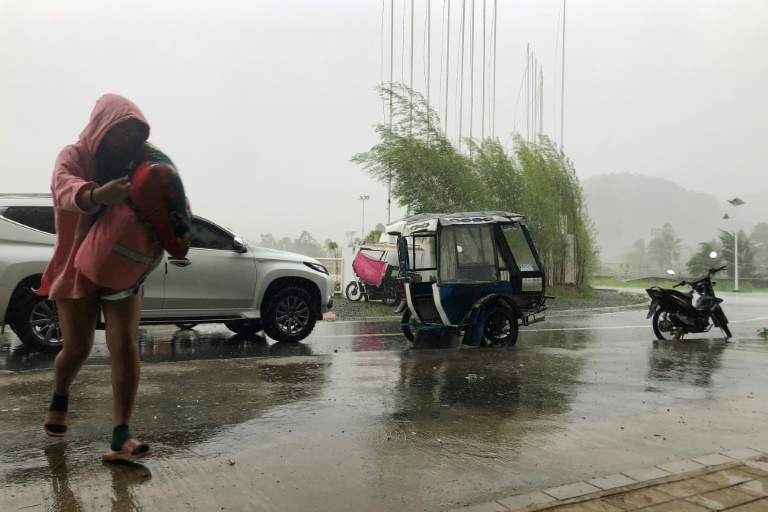 Thousands of people in the Philippines have fled their homes and beachfront resorts as a powerful typhoon lashed the archipelago Thursday, with authorities warning of destructive winds and torrential rain, News.Az reports citing AFP.

Typhoon Rai was packing maximum sustained winds of 165 kilometres (102 miles) an hour as it barrelled towards central and southern regions of the vast archipelago, the state weather agency said.

But it warned wind speeds could intensify to 195 kilometres an hour before the storm makes landfall near the popular tourist destination of Siargao island in the afternoon.

"Destructive typhoon-force winds... may bring moderate to heavy damage to structures and vegetation," it added.

More than 45,000 people had sought emergency shelter as the storm charged across the Pacific Ocean, the national disaster agency said.

They included domestic tourists visiting the country's famed beaches and dive spots ahead of Christmas. Foreign travellers are still banned from entering the Philippines under Covid-19 restrictions.

Scores of flights have been cancelled and dozens of ports temporarily closed as the weather bureau warned several metre-high storm surges could cause "life-threatening flooding" in low-lying coastal areas.

Rai, locally named "Odette", is hitting the country late in the typhoon season, with most cyclones developing between July and October.

It is expected to sweep across the Visayas region, and Mindanao and Palawan islands before emerging Saturday over the South China Sea and heading towards Vietnam.

The Philippines -- ranked as one of the world's most vulnerable to the impacts of a warming planet -- is hit by an average of 20 storms and typhoons every year, which typically wipe out harvests, homes and infrastructure in already impoverished areas.