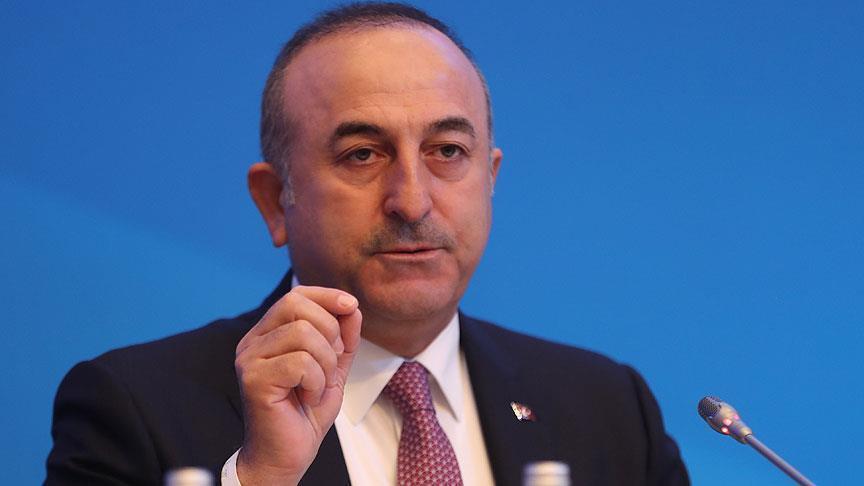 Addressing a gathering of Turkish ambassadors 11 days before the inauguration of a new U.S. president, Cavusoglu said, "We believe the U.S. will not continue making the same mistakes of the recent past."

"We have two primary expectations,” he continued, Anadolu Agency reported. “The first is the extradition of FETO leader [Fetullah Gulen] and other [FETO] officials as soon as possible. The second is ending cooperation with the PKK-affiliated YPG."

He said these expectations carry "vital" importance for bilateral relations.

Led by U.S.-based Fetullah Gulen, the Fetullah Terrorist Organization (FETO) is accused of orchestrating the July 2016 coup plot in Turkey as well as being behind a long-running campaign to overthrow the state through the infiltration of Turkish institutions, particularly the military, police, and judiciary.

The Turkish government has repeatedly requested Gulen’s extradition, while the outgoing Obama administration has said extradition is a lengthy, demanding legal procedure.

Turkish officials have expressed hope that the incoming Trump administration will be quicker to extradite Gulen.

The YPG is the armed branch of the PYD -- the Syrian offshoot of the PKK, which is designated a terrorist organization also by the U.S., and the EU.

However, the U.S. considers YPG/PYD a "reliable partner" on the ground in Syria and continues to support them in the field.