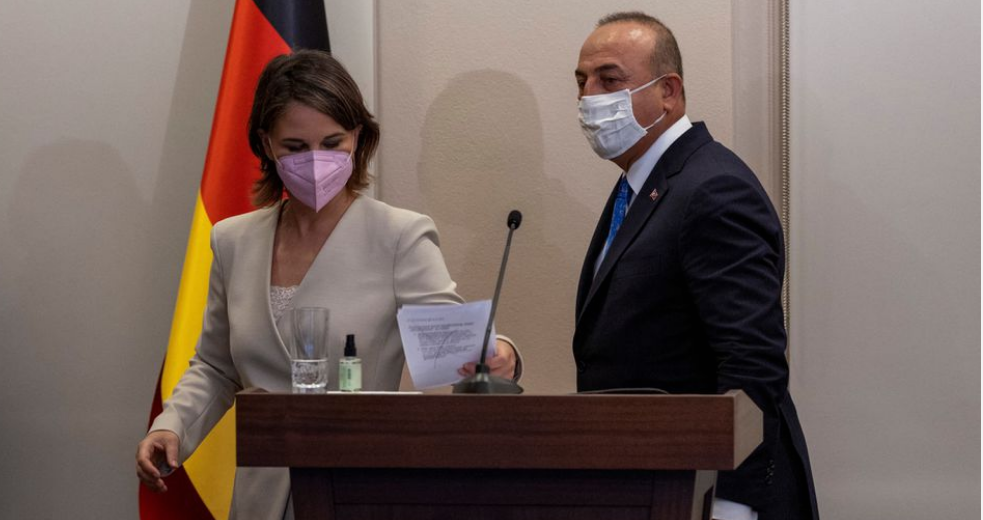 Turkish and German foreign ministers argued over a range of issues in a tense and drawn-out news conference on Friday, trading barbs over disputes between Ankara and Athens, jailed Turkish philanthropist Osman Kavala and Kurdish militants.

The news conference, which began an hour later than scheduled and ran for an hour, started off with calm remarks by the two ministers but became increasingly testy as they criticised each other's policies.

Turkey's Mevlut Cavusoglu said Germany had lost its impartiality in mediating between Turkey, Greece and Cyprus, adding that it should listen to all sides without prejudice.

"Third countries, including Germany, should not be a tool to provocation and propaganda especially by Greece and the Greek Cypriot side," he said during the news conference in Istanbul.

Relations between Athens and Ankara are strained over a raft of issues ranging from overflights to competing claims for offshore waters.