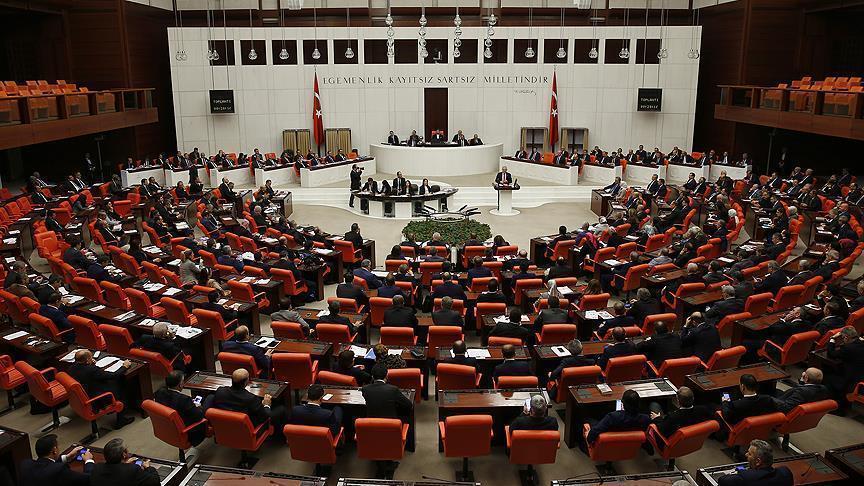 Parliament late Thursday and early Friday adopted the seventh and eight articles of a new constitutional reform package -- two of the most debated items among a total of 18.

On Article 7 that deals with the requirements and restrictions for a presidential candidate, 340 of 550 lawmakers voted to pass the measure while 136 rejected the motion; four papers were left blank and two votes were deemed invalid; 68 lawmakers were absent, according to Anadolu Agency.

Any candidate for president must be at least 40 years old, hold a university degree and must have a Turkish citizenship. The president will serve a five-year term and can be re-elected.

The measure also changes the current provision that restricts the president’s links with a political party. The president, who is elected directly by a public vote, will now be able to have connections with his or her political party.

Opposition party members argued the move would prevent the "impartiality" of the president.

Deniz Baykal from the Republican People’s Party (CHP) said that with the article the "presidency will be combined with a party's leadership".

Pointing out that the item would also enable the president to appoint or dismiss members of the supreme court, he said it was "unacceptable."

Article 8 of the package says as "the head of the state", the president will have executive power that will enable him to appoint and dismiss ministers.

A total of 481 lawmakers took part in the second ballot in the early morning hours of Friday. It passed 340 – 135 with five blank ballots and one invalid vote.

Constitutional reform and the change to a presidential system has been on the political agenda since Recep Tayyip Erdogan, a former prime minister and Justice and Development (AK) Party leader, was elected president in August 2014. It marked the first time a Turkish president had been directly chosen by popular vote.

On Dec. 30, a constitutional committee of deputies from the AK Party and the opposition Nationalist Movement Party (MHP) submitted a proposed bill to parliament for ratification. Turkey's largest opposition party, CHP, and the Peoples' Democratic Party (HDP) remain opposed to the proposed changes.

If it passes parliament with 330 of 550 deputies, it will be voted on in a national referendum. If it obtains the support of 367 lawmakers, it can pass into law without referendum although Erdogan has said he would push for a referendum even if the draft is approved by the two-thirds majority.

Proposed changes to the constitution require a simple majority (51 percent).

The AK Party has 316 seats and the MHP -- which has so far supported the constitutional change -- has 39 seats.

The "yes" votes from the two parties would be enough to secure a referendum.

Voting on the remaining 10 amendments will continue Friday.