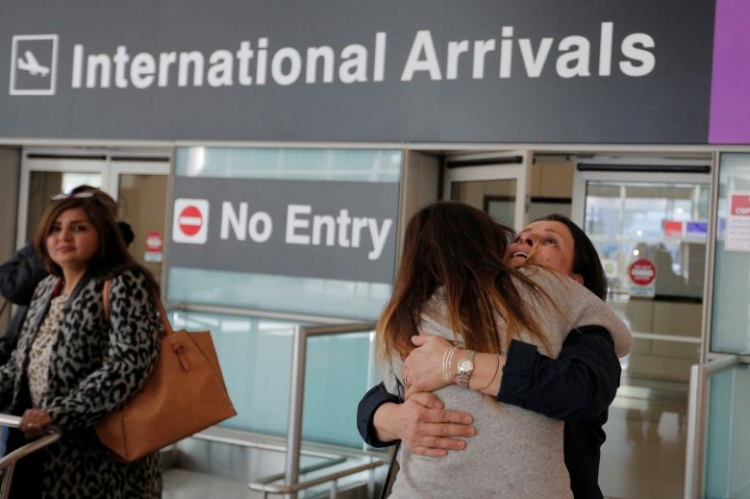 Two U.S. Republican senators plan to unveil legislation on Tuesday aimed at curbing legal immigration into the United States by halving the overall number of people allowed to live as legal permanent residents, one of the bill's authors said, Reuters reports.

The measure would limit the total number of total green cards issued to about 500,000 per year, down from about 1 million, and focus on allowing in people seeking to reunite with their immediate family, Republican Senator Tom Cotton told MSNBC.

The proposal comes amid a larger immigration fight nationwide over President Donald Trump's temporary travel ban on people from seven Muslim-majority countries that prompted international demonstrations and chaos at airports worldwide. The U.S. Justice Department was to face off with opponents in a federal appeals court on Tuesday over the fate of the ban.

Cotton said the Senate measure would not change employment-based immigration, and would still allow in "high skilled individuals who can come and help our economy."

"It simply tries to get a handle on 1 million immigrants coming here a year, virtually none of whom are coming here based on their employment skills or demonstrated economic need," Cotton told MSNBC in an interview, referring to green card holders.

Cotton has discussed his legislation with Trump and key White House officials, according to Politico, which first reported on his bill.

Asked about whether the White House would support the legislation and whether it was working with the senators on it, a White House spokesman said, "We are reviewing it."

To achieve the cuts, the measure would eliminate "several avenues for U.S. citizens and permanent residents to sponsor family members for green cards," Politico reported, adding that it may be the first in a series of related proposals.

Cotton, who is scheduled to unveil his bill at a press event late Tuesday morning with fellow Republican Senator David Perdue, said reducing immigration would help boost U.S. workers, especially those who do not have higher education degrees and who work more labor or service-oriented jobs.

"I don't think our immigration system is working for working Americans," he told MSNBC.