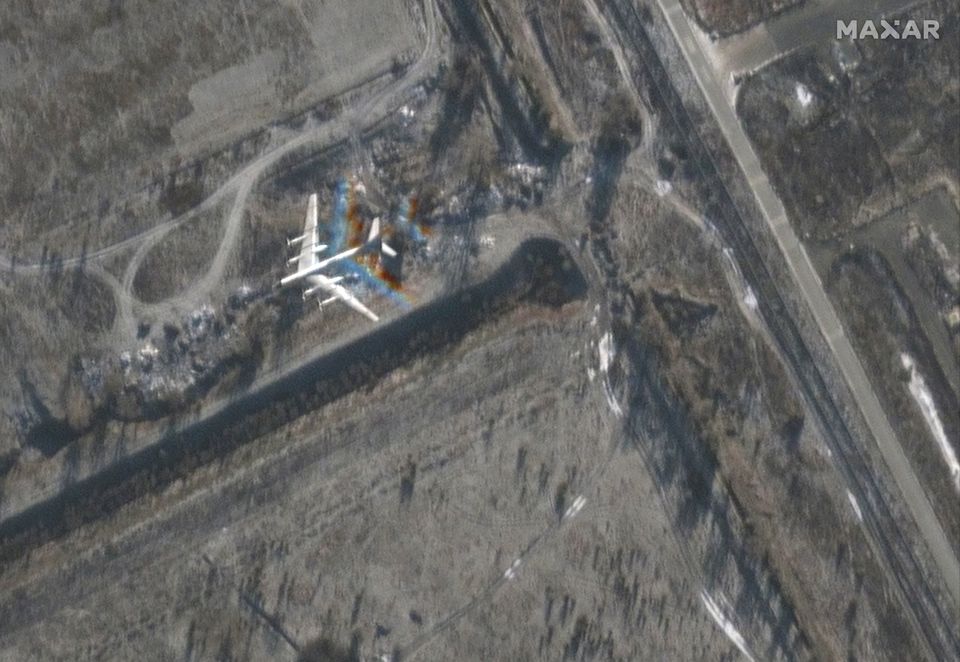 A third Russian airfield was ablaze on Tuesday from a drone strike, a day after Ukraine demonstrated an apparent new ability to penetrate hundreds of kilometers deep into Russian air space with attacks on two Russian air bases, News.az reports citing Unian.

Officials in the Russian city of Kursk, located close to Ukraine, released pictures of black smoke above an airfield in the early morning hours of Tuesday after the latest strike. The governor said an oil storage tank there had been set ablaze but there were no casualties.

It came a day after Russia confirmed it had been hit hundreds of kilometers from Ukraine by what it said were Soviet-era drones - at Engels air base, home to Russia's strategic bomber fleet, and in Ryazan, a few hours' drive from Moscow.

Kyiv did not directly claim responsibility for the strikes but celebrated them.

"If Russia assesses the incidents were deliberate attacks, it will probably consider them as some of the most strategically significant failures of force protection since its invasion of Ukraine," Britain's ministry of defence said on Tuesday.