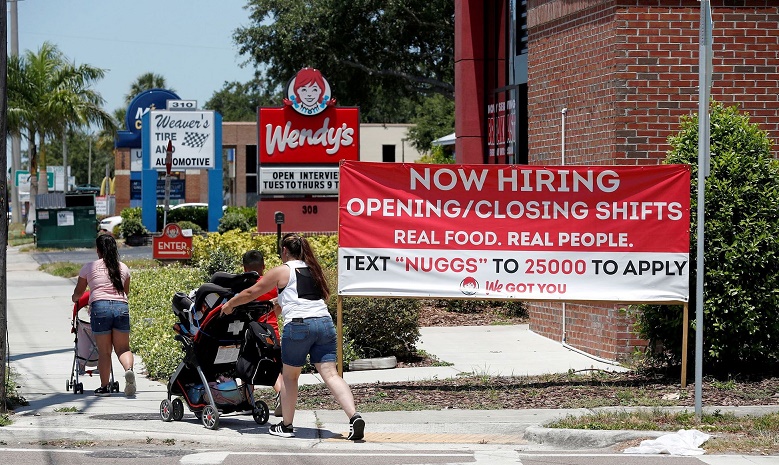 In the week ending Sept. 18, the number of Americans filing for unemployment benefits increased by 16,000 from the previous week's upwardly revised level of 335,000, according to a report released by the department's Bureau of Labor Statistics.

The four-week moving average, a method to iron out data volatility, however, decreased by 750 to 335,750.

The jobless claims report also showed that the number of people continuing to collect regular state unemployment benefits in the week ending Sept. 11 increased by 131,000 to 2.8 million. That number peaked in April and May last year, when it was over 20 million.

Meanwhile, the total number of people claiming benefits in all programs -- state and federal combined -- for the week ending Sept. 4 fell by 856,440 to 11.25 million.

In particular, the number of people filing for Pandemic Unemployment Assistance, a federal program that covers workers who normally would not qualify for unemployment insurance, such as gig workers and the self-employed, fell by 591,108 to 4.9 million for the week ending Sept. 4.

The Pandemic Emergency Unemployment Compensation, which provides an additional 13 weeks of benefits for those who exhaust regular state benefits, also saw its claims fall by 161,240 to 3.6 million.

These numbers have decreased significantly after federal unemployment benefits for over 10 million people expired in early September.

Some 7.5 million workers or more will lose all their benefits, and nearly 3 million will lose a 300-U.S.-dollar weekly federal boost to state unemployment payments after the federal programs expire, according to a recent report from The Century Foundation, a progressive, nonpartisan think tank.